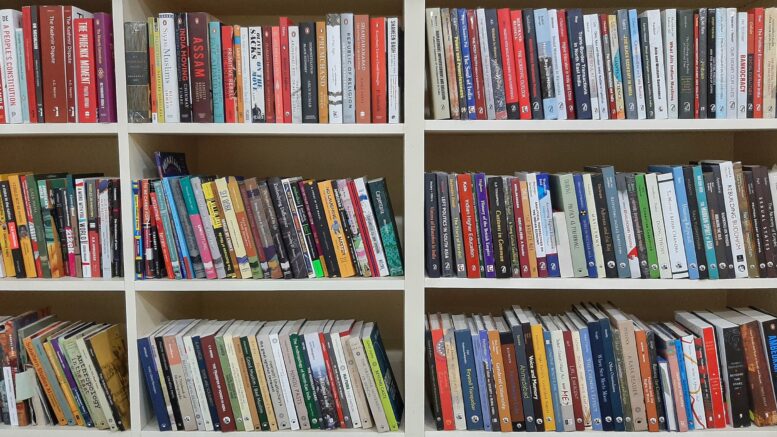 Books at a library in Nadia

Kolkata, Jan. 24: All state-owned libraries as well as the government aided and sponsored ones will resume public transactions of books allowing entry to a limited number of readers from Monday across the state around after 10 months since the service was suspended due to Covid outbreaks. However, at present, the services will be rendered only thrice a week, on every alternative day until the Covid situation is over.

The Directorate of Library Services has asked the library officials to take strict protective measures including sanitizing the library premise on a regular basis and allowing only 50% of the enrolled readers per day adhering to the operating protocols prescribed by the health department.

On January 21 the directorate had issued an order asking the government-owned and sponsored libraries to become functional from January 23. But since it was a holiday due to Netaji Subhash Chandra Bose’s birth anniversary that too suffixed with Sunday, no transaction of books could be done except hoisting the National flag and paying tribute to the National icon.

The state has at present 2480 libraries which include 13 government-run libraries, 2460 government-sponsored, and 7 state-aided libraries. Many of these libraries don’t have the required staff to offer regular services.

Earlier during September last year, the state government instructed the libraries to open their establishments at least once a fortnight to clean books and remove dust apart from sanitizing the premise without allowing entry to the readers. The order angered many officials across the state who blamed the directorate for negligence since they had expressed concern over the condition of the books, particularly for the old ones and the century-old manuscripts which they said could suffer serious damage in absence of light and air inside the library building which is shut down due to a pandemic situation.

Many of these libraries have rare old books and century-old manuscripts written on toddy palm leaves and invaluable collections on Ayurveda, Philosophy, Logic, Grammar, poems, verses on mythology like Ramayana, Mahabharata, Vaishnav Padabali, Chandimangal and on other subjects.”, Sanjit Dutta, a retired librarian in Nadia said.

Sources said that the decision to make public libraries functional and resume normal services was taken during a meeting on January 15 in the presence of mass education extension & library services minister Siddiqullah Chowdhury.

As per the standard operating protocols (SOP) issued by the Directorate, the library authorities have been asked to allow only 50 enrolled members for transactions per day. It has also directed to allow entry to the reading room only 50% of its capacity on each day.

Mass Education Extension & Library Service minister Siddiqullah Chowdhury said, “We have told our officials to wear face masks and also told them to ensure that readers use face masks while maintaining a safe distance. No reader should be allowed entry without a mask. We have also told them to screen body temperature of the readers using thermal scanners and to sanitize their hands before allowing entry inside”.

An official of the library services directorate said that all public library authorities have been directed to ensure sufficient quantities of hand sanitizer and thermal scanner.