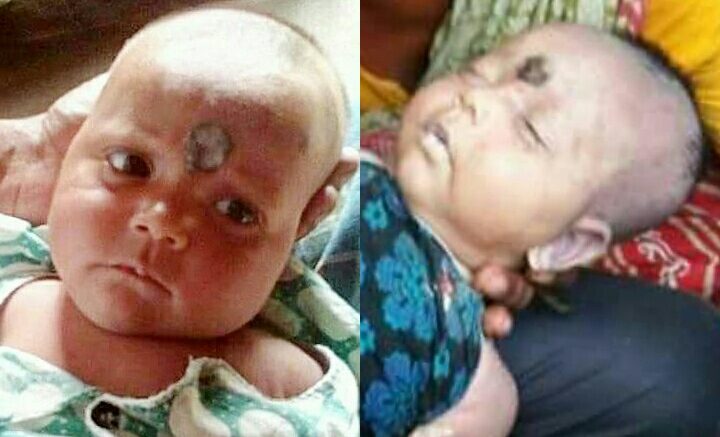 Dhubulia (Nadia), Oct. 11: Police have today recovered body of a 2months old girl child from a pond in Nadia’s Dhubulia who was allegedly snatched by unidentified person from her mother’s arm early on Tuesday night when she was going to a neighbor’s house to watch a television serial. Police, however, not fully convinced with mother’s role and detained her for interrogation due to inconsistencies in her statement.

Body of Reshma Khatun was found in a pond wrapped with a paper close to her grand mother’s house in Sondanga village where her mother Sarifa Biwi has been staying since her birth for post natal care.

Police have sent the body for post mortem to Saktinagar district hospital in Krishnanagar.

Sarifa is married to Sadeq Sheikh (30), a mason inMaheshganj village of Nabadweep. She came to her paternal house in Sondanga under Dhubulia police station after birth of her daughter.

Dhubulia police have started a suo moto case of unnatural death. Kid’s father Sadeq has also lodged a complaint of murder against unknown person. An investigating officer said: “It appears that the kid was throttled to death. However, it could be ascertained only after the post mortem”.

Local sources said, at about 8pm on Tuesday night Reshma was allegedly snatched from her mother’s lap in a dark narrow passage leading to her grand mother’s home.

“I was going to watch a television to a nearby house when someone pushed me strong from behind. I fell on the ground along with my kid. The attacker then snatched the baby from my lap and ran away. I chased him, but he ran away fast. I could not recognize him in the darkness”, Sarifa said.

But investigating officers claimed that Sarifa deliberately hiding fact and irrelevant statement creating suspicion. “There are several inconsistencies for which we need to interrogate her”.µτ

The local villagers rushed in and started to find out the baby. A complaint was lodged at the Dhubulia police station. Police also started investigation, but the kid could not be traced out until Wednesday morning when she was found dead in the pond.

However, police could so far arrest none in connection with the incident.

Nadia police superintendent Sheesh Ram Jhajharia said: “We have started investigation. However, it is in very early stage. We are examining the statement of the kid’s mother and her relatives. We are examining all aspects including any possible enmity with the couple”.