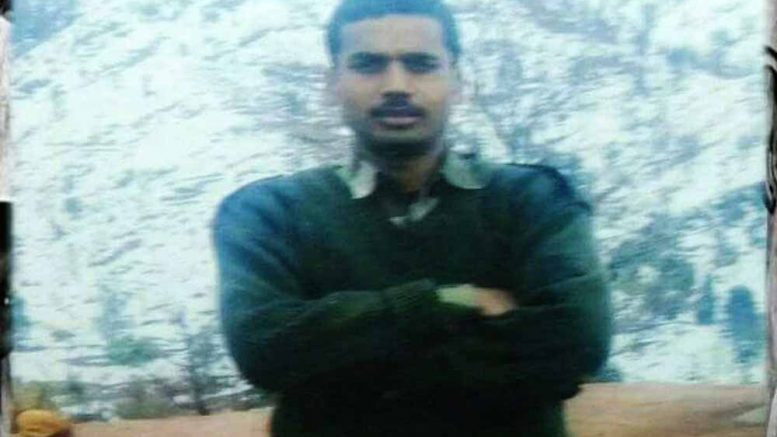 New Delhi/Palashipara, March 7: An army jawan, hailed from Nadia’ Palashipara, was killed when a land mine exploded in Manipur’s Tengnoupal district close to Myanmar border late on Tuesday night. Three other jawans were injured in the incident.

The deceased jawan identified as Abhijit Mandal (28), who was a resident of Panchdara village in Palashipara. A member of Rajput regiment posted in Imphal, Abhijit had joined army in 2012. He got married in December last year.

The family was appraised about the bad news by an official of Ministry of Home, who called victim’s father over phone from Delhi today afternoon.

However, till Wednesday evening, the Nadia administration had no official information about the news of demise of the jawan.

Manipur police said that the explosion was triggered by suspected National Socialist Council of Nagaland (NSCN-IM) militants in Phaisenjang village close to Indo-Myanmar border when the jawans were busy patrolling in the area.

Abhijit’s father Hirendra Nath Biswas, a farmer by profession said: “An Army officer from Manipur today called me over phone and conveyed the sad news of demise of my son Abhijit in a blast. He also told me that the incident occurred on Tuesday night. Body of my son will arrive at Dumdum airport on Thursday morning from where it will be brought home by the army officials”.

Meanwhile a pall of gloom descended in Panchdara village as local people knowing about the sudden demise of Abhijit gathered at his house. Abhijit’s wife, Anindita was crying irresistibly. Breaking down in tears, she said: “It is quite unbelievable to me. He called me a few days ago and said everything is normal there in Manipur. But, everything apparently changed overnight”.