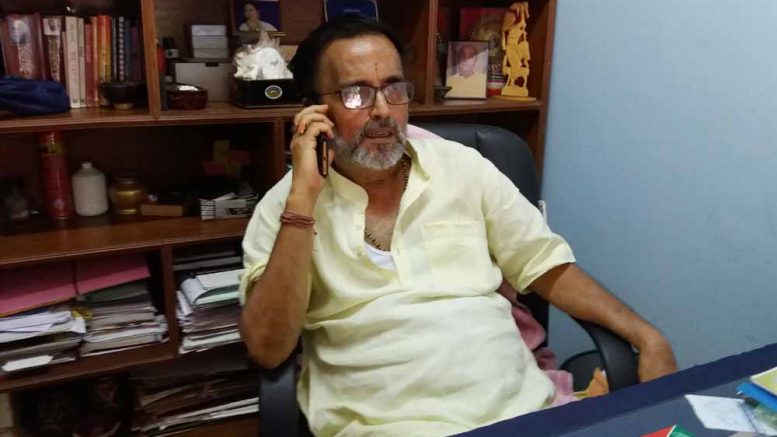 Ranaghat, June 28: Chairman of Trinamul Congress run Birnagar Municipality Partha Chatterjee has resigned today from his post owing to personal reasons. The former Congress leader who switched over to Trinamul Congress in 2013 today appeared before the Ranaghat sub divisional officer’s chamber and submitted his paper allegedly without informing the party leadership about his decision.

Chatterjee at the same time has resigned from the post of president of Trinamul’s Birnagar town committee.

The resignation has meanwhile created speculations in the political circle about the actual reason behind the decision. While Chatterjee himself refused to speak in details to the media, his close aides indicated that the gradually changing political situation in the district following joining of Congress MLA Sankar Singh to the party played a key role behind it.

In last week Sankar Singh joined Trinamul Congress and appointed as the executive president of the party in Nadia.

A Party insiders said: “Partha Babu has become afraid of facing a possible no confidence motion as a number of councillors have shifted their loyalty in favour of Sankar Singh since he joined the party. He has realised that that it would be difficult for him to survive if any no confidence motion is brought against him. So he preferred to resign with honour”.

Chatterjee said: “The decision to resign is absolutely due to personal problem”. He, however, said: “Some of my close associates are being threatened regularly. Their morale has been damaged. I appraised the party leadership about this but nothing has so far been done”

Sources said a section of Trinamul activists who are since long in touch with Sankar have become proactive since talks were started with Sankar for joining the party. “They became active for vengeance as Birnagar was the only area in the Ranaghat (NW) assembly segment where Sankar trailed despite winning the seat. These section of the Trinamul have now become active to corner Partha in the party”.

Party’s Nadia district president Ujjwal Biswas said: “It is really shocking to know that Partha has resigned. There is no internal rivalry in the party. I would talk to him on his grievances”

Sankar Singh, however, refused to comment on the issue. “I have no idea about what you are saying. If anyone has grievance, the party leadership is there to resolve the issue”, he said.