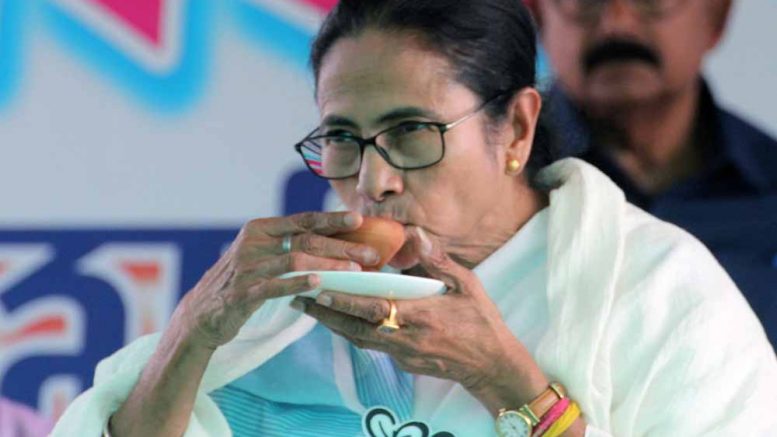 Gayeshpur/Habibpur: Taking a jibe at BJP apparently ridiculing its dependence on central force,  Trinamul chief Mamata Banerjee on Sunday said that central police cannot help a political party to win poll. It is the people’s mandate that matters ultimately, she said.

“Central force cannot help you to win poll. Central force will not vote for you. It is the mandate of the people that wins the poll ultimately. People will decide whom they would support, not the police”, Trinamul chief said. “There was 100% deployment of central force in 2016 nevertheless, Trinamul Congress won. This time there would be no exception. You can bring five crores policemen from Delhi, but this time you would get zero in Bengal”, she added.

She also accused the BJP of running a parallel administration in the state by deputing officers from Delhi, who have been abusing state government officers and removing them as per their whims.

While reiterating regional parties will lead the next government at the Centre ousting BJP from power fighting individually in different states, the

Claiming that BJP would not return to power, she said, “There’s no chance of BJP winning the election. All calculations point towards this. Neither the BJP nor the Congress will form the next government. All the regional parties will come together to form a government for which we have formed the United India Front”.

The Trinamul supremo appealed the people, particularly the young and new voters take an oath to ensure that they would support Trinamul to reduce the BJP to zero. “In last Lok Sabha poll, they won two seats, but this time with your support we will take back those two seats from them and ensure our win in all 42 seats in the state”.

Earlier in Ranaghat Mamata Banerjee condemned the serial bomb blasts in Sri Lanka that killed over one hundred persons. She also conveyed her condolences to the bereaved family members and to the members of Christian community who live in Ranaghat and Krishnagar.

She later participated in a walk along with the party activists in Santipur town to seek votes for party candidate Rupali Biswas.