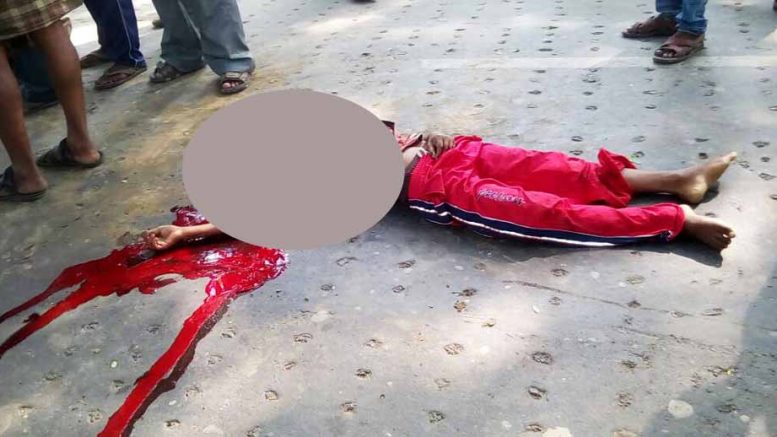 Sourav lying dead on the road in a pool of blood

Krishnanagar, April 27: A class eight boy was killed in Nadia’s Jalalkhali near Krishnanagar on NH34 when he was hit and run over by a speeding tractor coming from opposite direction.

The victim, Sourav Adhikary (13) was returning home after taking private tuition. The deceased boy, who was a resident of Jalalkhali died on the spot.

The incident that occurred about 7.30am had triggered tension in the area as the local people turned violent in anger who intercepted the speeding tractor and set it on fire. The driver of the tractor, however, managed to flee.

A large police team later rushed to the spot and controlled the situation.