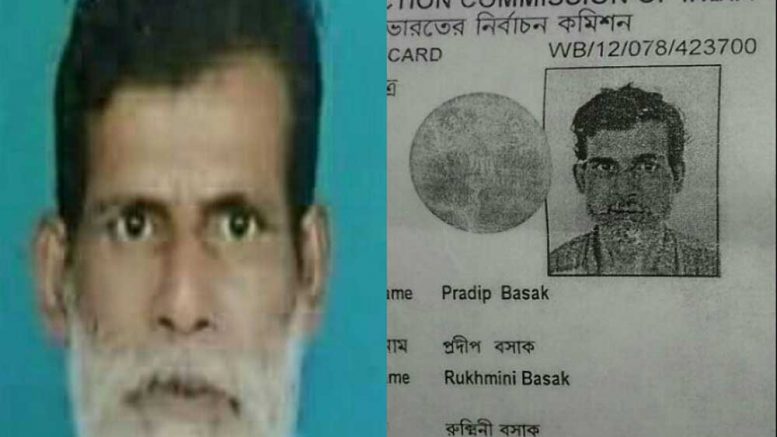 Santipur, Sept. 12: An elderly man in Santipur was beaten to death allegedly by a neighboring youth on Monday night as he asked him to stop a brawl with his wife. The accused youth who was in a drunken state dragged out Pradip Basak (58) of Deshbandhupara inside his home, who was feeding his 5 year old grandson Subham, and started beating him with a iron road leaving him dead on the spot.

The accused youth, identified as Subhankar Das alias Bodo, however, could not be arrested till the report last came in. Police have started a murder case

Local sources claimed that the murder is an outcome of an enmity between accused Subhankar and the victim’s younger son Bittu. “Subhankar used to make obscene gesture to Bittu’s wife and also allegedly made indecent proposal to her which led to an ugly enmity among the two. Subhankar made the situation so ugly for Bittu’s wife Malati that the couple had to shift and started staying on a rented house. Since then Pradip and his family members earned the wrath of Subhankar”, said a villager.

On Monday night, Subhankar came home in drunken state and started brawl with wife. Pradip asked him to stop. This infuriated him.

“Subhankar immediately rushed to Pradip’s house with an iron rod in his hand, dragged him out of the house and started beating him. The feeble elderly man, who used to work as an escort to patients visiting South Indian hospitals, died on the spot as he was hit on his head and chest. He was declared dead on arrival at Santipur state general hospital”, a police officer said.