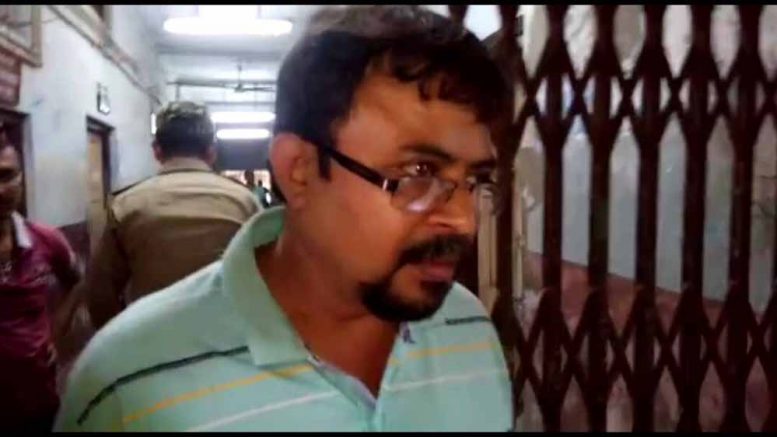 Ranaghat, June 27: Police today arrested a fake MBBS doctor from Nadia’s Bogula while he was visiting patients at a clinic attached to a medicine shop claiming to be a skin specialist.

Police said that the accused doctor identified as Bapi Nath had been using a fake MBBS degree of a Guwahati based medical college which has, however, no existence. Police have also found that the doctor using a registration (11737) number of another doctor which was allotted during 1937.

An investigating officer of Hanshkali police station said that in the printed letterhead he claimed himself to be associated with at least three top hospitals including MR Bangur hospital, which also found to be not true.

Police said, fake doctor Bapi Nath, a resident of Bangaon in North 24parganas, was arrested on the basis of a complaint lodged by Satyaranjan Biswas, a superintendent of central excise and customs department who lives in Bogula college para.

The accused doctor was produced before the additional chief judicial magistrate’s court in Ranaghat which ordered 14-days’ jail custody for him.

“I checked my prescriptions and of some other patients and found that the doctor never writes anything about his diagnosis and keeps no written note of his observations on the patients’ problems. He only prescribes medicines. I then checked his registration number given on the printed prescription at Medical Council of India’s website and found that it was issued to one Sudhirlal Saha of Dhaka in 1937”. – Satyaranjan Biswas, Complainant

Police have charged him for cheating, forgery and for using fake documents as genuine ones.

Nath used to visit patients at the clinic attached to Basanti Medical hall in Bogula market on every sunday and charged patients Rupees 200 as his fee.

In last month customs officer Satyaranjan Saha went to Nath’s clinic at the Basanti Medical hall in Bogula market for treatment of some black spots on his right big toe. Nath prescribed medicines but the spots spread further in other areas of the leg. On June 4 he met visited Nath again. He prescribed fresh medicines this time. “Nevertheless, the trouble did not heal up. I then became suspicious about his credibility. I checked my prescriptions and of some other patients and found that the doctor never writes anything about his diagnosis and makes keeps no written note of his observations of the patients’ problems. He only prescribes medicines. I then checked his registration number given on the prescription at medical council of India’s website and found that it was issued to one Sudhirlal Saha of Dhaka in 1937. After this I lodged a complaint against him at the Hanskhali police station on June 23”.

Nadia police superintendent Sheesh Ram Jhajharia said: “We have arrested the doctor as he could not submit any convincing documents in support of his doctoral degree. He claimed to be an MBBS, but in reality he has no such degree and we have found no genuine registration number issued to him by Medical council of India or by any state medical council”.

Accused doctor Bapi Nath, however, claimed that he has been falsely implicated by the police. On the way to court, Nath said: “I am a qualified ayurvedic practitioner and obtained requisite qualification in this field. I have also submitted my documents in support of my qualification. Nevertheless, the police harassing me”.