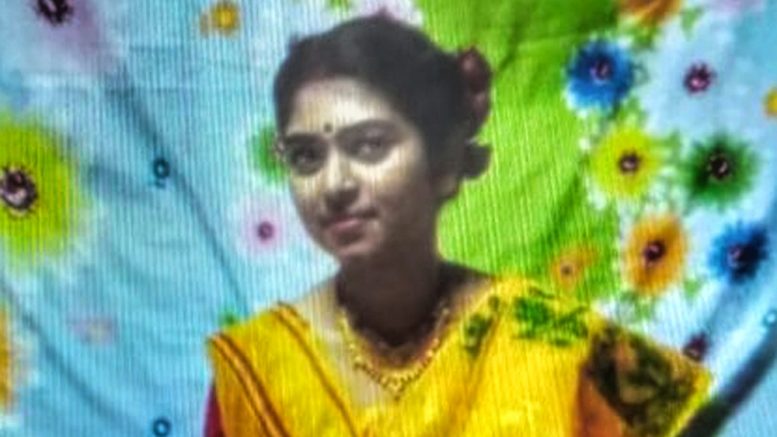 Nabadweep, Nov. 4: A 21 year old final year student studying English honors at Nabadweep College apparently committed suicide by hanging herself last night after she found that her estranged husband created a fake facebook account in her name and uploaded her private pictures to harrass her socially so that she compelled to return.

Moumita Saha, a meritorious girl and a resident of Prachin Mayapur in Nabadweep, who married her classmate Sanjay secretly during April this year and escaped from her in-law’s house being tortured physically and mentally, hanged herself with a sari of her mother from the ceiling of her home located at the Jatiya Bidyalaya lane in the town.

Her mother Dola Saha has alleged that being unable to bear continuous threat for social humiliation by her daughter’s estranged husband Sanjay unless she agrees for reconciliation led her to end the life.

Today police have started a case against Sanjoy for threat and abetment to commit suicide on the basis of a complaint by her mother.

Family sources said that within few days of marrying Sanjay, Moumita had realized that she was cheated. She decided to scrap the marriage and return to paternal house after Sanjoy tried to kill her. She also lodged a police complaint against Sanjoy on October 23. Police warned the youth for legal action unless he rectifies himself.