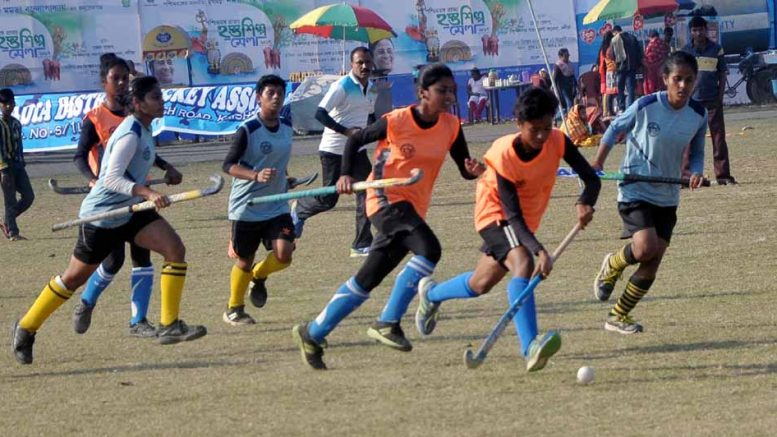 Krishnanagar, Dec. 30: Matangini Ekota today become the first club in the district to win the first ever Nadia district women’s hockey league title. The ME girls today outplayed girls of Nivedita XI defeating them by a solitary goal in the title fight that was played at the Krishnanagar Government College sports ground in the town. Nadia district hockey association, an affiliated body of the Bengal Hockey Association, organized the league championship. The NDHA, which organizes coaching camp in Krishnanagar formed four teams as clubs to organize the tournament.

On the other hand in the Men’s final Joginder Express won the title defeating “King Claudius” by 4-1 through penalty shootout after the match ended 1-1 in the scheduled time. A euphoric Nadia district hockey association secretary Basudeb Chowdhury said: “This is a great moment for the players and hockey lovers in the district. Nadia district had a culture of playing hockey. It was very popular sports once in the district. But, later parents had shown more interest in other sports for their children and eventually hockey lost importance in the district. But, things have been changing now gradually. As a result after a gap of 27 years (1990), we have been able to organize the hockey league for the men again”.

Minister Abani Mohan Joarder today handed over the trophies to the winners and runners team.