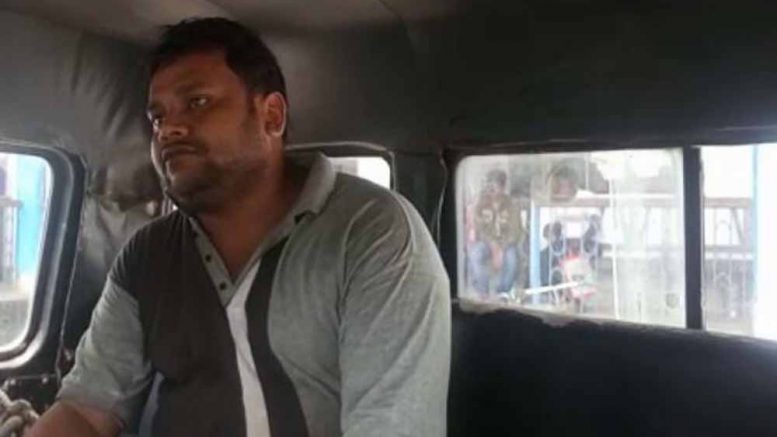 Rajkumar being taken to court

The accused Rajsekhar Pal (32) was arrested from his shop in local Sealdah market.

He was produced before the additional chief judicial magistrate’s court in Ranaghat and taken to five day’s police custody.

Police have recovered 325 pre-activated Idea sum cards from his shop which were issued on forged IDs and photographs as well as on the basis of forged Consumer Application Forms (CAF).

Nadia superintendent of police Sheesh Ram Jhajharia said: “It appears that the youth is a member of a racket that sells pre activated SIM cards with customers with suspected dubious motive”.

An officer of Santipur police said: “Rajkumar used to make forged document using id proofs and pictures of different persons from voters’ list and used them as genuine ones to issue SIM cards and activate them. He used to sell such SIM cards at Rupees 300 to a section of customers who often look for SIM cards without producing original documents”.

Rajkumar was charged for 467 (forgery of security document), 468 (forgery for cheating) and 471 (using forged document as genuine).

Police sources said that the youth was arrested on the basis of a tip of provided by a person who was detained for interrogation in connection with a different case.

“While investigating a case we came to know that suspected persons used some sum cards which were not originally issued against their names. We detained one of the suspects and during the interrogation he revealed that the sum cards were purchased from Rajkumar”, an investigating officer said.

Accordingly the sleuths laid a trap on Tuesday night to nab Rajkumar.

“We sent a constable to his shop in disguises of a customer to purchase a pre-activated sum card. We followed him from close distance. We caught Rajkumar once he delivered the sum card to our colleague”, said an investigating