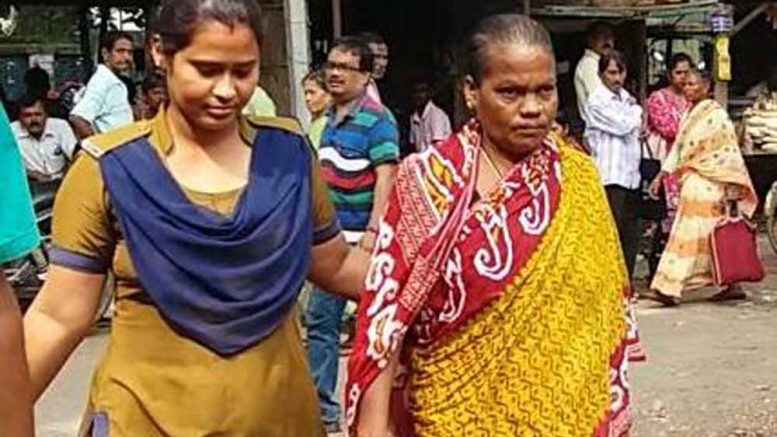 Maya Mir being produced to court in Ranaghat

Oct. 31: Maya Mir (46),  a snatcher today paid back in own coin when she was caught by some daily passengers in a Krishnanagar bound train when she was travelling with a leather bag she snatched from a woman from the same train yesterday. Some woman travelling in the train today identified the bag with which Maya was carrying with her. They challenged the woman and as she failed to give any satisfactory reply. The passengers called the GRP when the train arrived at Chakdaha station and handed her over to them. Police arrested the woman and after she confessed snatching. She was produced before the ACJM court and taken to jail remand. Police said Maya is a resident of Korepara in Titagarh of North 24Parganas. A GRP officer said that Maya was wanted in a number of cases of snatching and lifting of valuables of passengers from the running train.