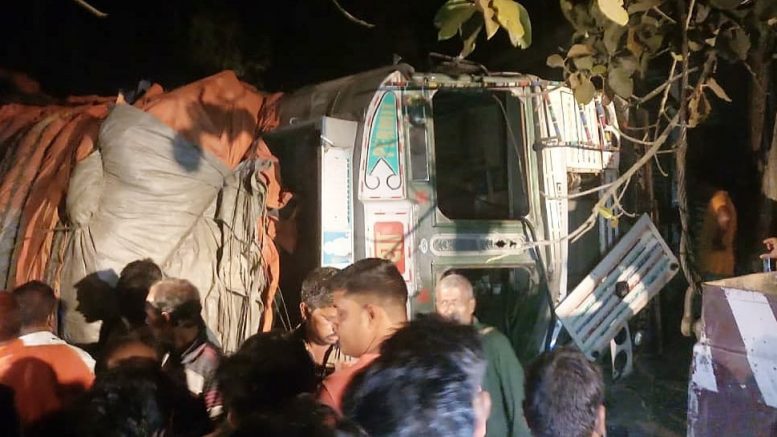 Haringhata, March 20: Two persons including a woman died when a lorry laden with jute had overturned and hit a roadside tea stall adjacent to NH12 at Ayeshpur-Dakghar in Barohi on Friday evening.

Five persons who were having tea at the stall suffered serious injuries. They were rushed to JNM Hospital in Kalyani where two persons declared dead. The details of their identity, however, could not be ascertained when the report last came in.

Police said preliminary investigations revealed that the lorry was overloaded and its driver lost control while driving at high speed. The accident created a major disruption in traffic movement on the NH12. Police later engaged a crane to clear the load before removing the lorry that had blocked a part of the road.

Additional SP of Ranaghat police district Tausif Ali Azhar, “The road has been partially cleared. Traffic movement has been resumed”.