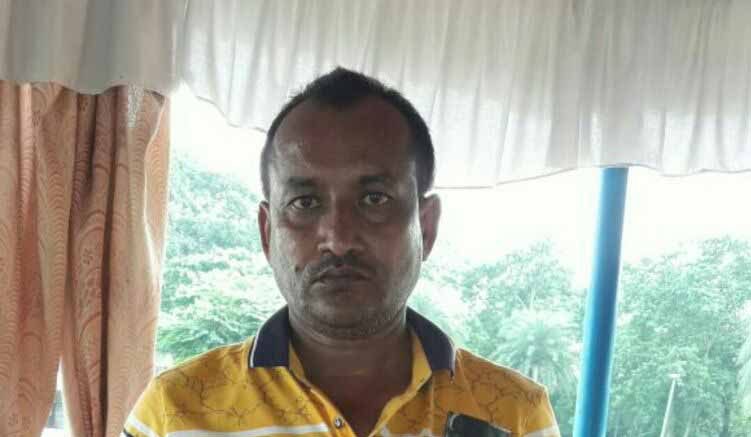 Gede, Sept. 10: The BSF officials attached to 113battalion posted in Gede today caught a Bangladeshi National for entering India with Bangladeshi currency Rupees 2.05lakh without any valid document. Mohammed Hafizul Biswas (45), a resident of Andul Beria village of Jeeban Nagar in Chuadanga district, was nabbed at about 3pm today at the BSF’s Gede border outpost while being examined by the guards of 113 Battalion. A BSF official said that Hafizul was apprehended as he failed to produce any valid document in support of the huge amount of money he was carrying with him. The value of the money recovered in Indian currency is Rupees 1,56,432.00. We found two bundles of Ruppes 10000 currency notes of Bangladesh apart from other notes of different denomination”. the officer said. The man was questioned by the BSF officers and later handed over to the police.