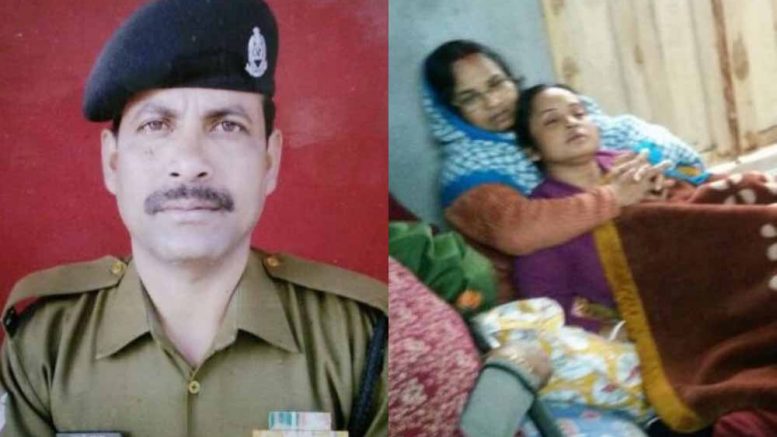 Nazirpur, Jan. 4: A Border Security Force jawan from Nadia’s Nazirpur, who was working as a head constable with the 173-Battalion deployed in the Chak Dulma post of Samba district in J&K was killed in a Pakistani sniper attack on Wednesday afternoon. The demised jawan, Radhapada Hazra, was martyred on the day of his 51st birthday, while replying to unprovoked Pakistani firing at the International border in Hiranagar sub sector of the district.

The news of demise of Hazra reached his home in Nadia at about 6.55pm, when his wife Sujata and son Rahul, a higher secondary examinee, were waiting to wish him on his birthday.

The demised jawan called Sujata earlier in the day, but could not talk more than 30-seconds. He assured to call back, which, however, never came. On Wednesday evening, one of his colleagues informed the family that Hazra become a martyr.

The body of the demised jawan would arrive at Dumdum airport on late on Thursday night. It will then be taken to his residence in Nazirpur later after midnight. The funeral will be held at his native village in Murshidabad’s Rejinagar on Friday morning after gun salute by the BSF personnel.

Radhapada, originally a resident of Rejinagar in Murshidabad district had constructed own house in Nadia’s Maniknagar. He joined BSF in 1989. In 2015 he shifted there with his wife Sujata, a home maker and two children – daughter Rajeswari, a nursing trainee and son Rahul.

Today a pall of gloom descended in Maniknagar of Tehatta as the local residents shocked over the sudden demise of their new neighbor gathered at the Hazra family.

Bimal Biswas, a neighbor said: “He was a new in our village and got actually very little scope to live in his newly built incomplete home due to his professional obligation. But, whenever came on leave, he mingled with us like long time associate. He was truly a very humble and well mannered person”.

Radhapada visited his home during November, when he came on a fortnight’s leave.

Her daughter Rajeswari, a nursing student at a private institute in Jiaganj said: “Baba had a plan to come before puja so that remaining works of our residence could be completed and coloring done. But, his plan remained unfulfilled”.