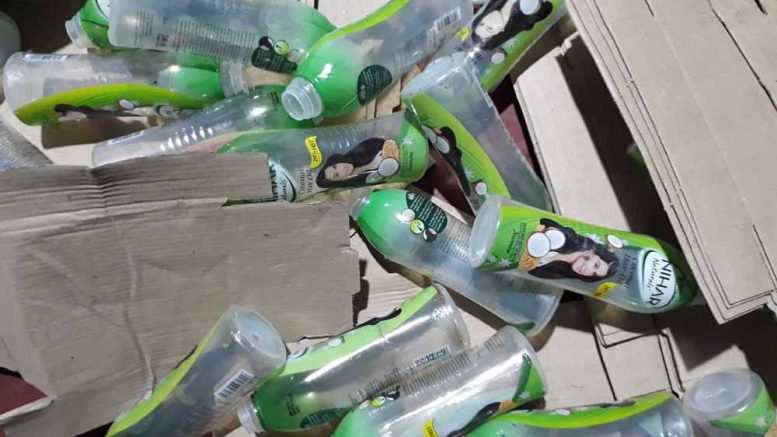 Kalyani, Aug. 5: A team of enforcement officials of Nadia police on Saturday night conducted a raid at residential building in Majherchar village in Kalyani and recovered about thirty three thousand faked bottles of popular brands of hair oil. Police have also recovered empty containers, stickers, printed wrappers, seals, raw materials, scented chemicals those apparently being used to manufacture fake brands of scented hair oils. Police have also arrested two laborers working inside the factory, identified as Dilip Das and Amal Das. The owner if the fake manufacturing unit, identified as Samaresh Das, however, managed to flee. DSP (DEB) Akhtar Ali said, “Based on a tip off we conducted a raid and found huge fake brands of hair oil which were being manufactured in side the house. There were around three thousand bottles which were found sealed and ready for delivery apart from their thousand other boytles. The accused persons were charged under section 406, 420, 486 and 120B of the IPC and produced before the additional chief judicial magistrate’s court in Kalyani.