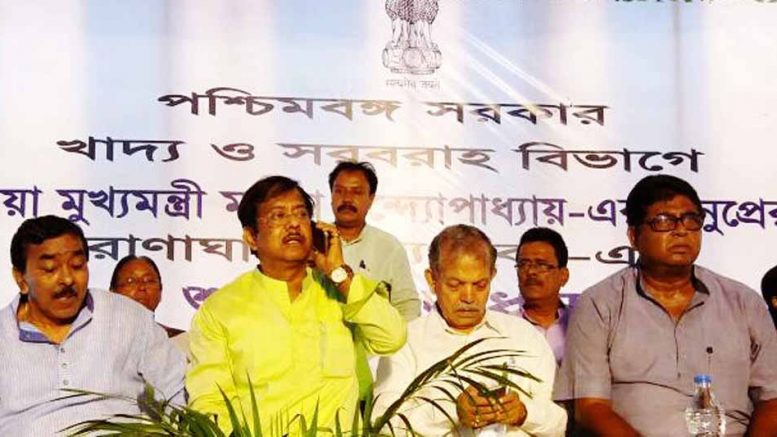 The Minister alleged that Gurung has been playing with the patience of the hungry people as his supporters are not allowing the trucks carrying rice, wheat, vegetables and other essential commodities to enter the hills seriously damaging the entire food supply chain and public distribution system.

There are 670 public distribution shops in the hills of Darjeeling and Kalimpong, which are not being allowed to function by the Gorkha Janamukti Morcha supporters.

An angry minister said “This cannot go for long and hungry common people would definitely react against this oppression and force Gurung to leave the hill as they once done it against Subash Ghising”.

“There are 670 public distribution shops in the hills of Darjeeling and Kalimpong, which are not being allowed to function by the Gorkha Janamukti Morcha supporters” – Jyotipriyo Mullick, State food & supply minister

Speaking on the deadlock situation he said: “Bimal Gurung and his men are trying to rob two square meals of the hill people by forcing the indefinite bandh.”

“A horrible situation has been created there in the hills. There has been a shortage of essential food commodities in Darjeeling. There is no rice, wheat and other food items in the hills. The entire distribution system has been collapsed due to this bandh. The government distributes 11kg of rations per head in the hills. Large numbers of poor people who live in remote areas of the hill do survive on this ration. But, they could not get the rations for about two weeks because bandh supporters are now allowing to open the public distribution shops”, said the minister.

The minister stated that there are plenty of foods items with the Government at stock which has also been sent to the hill, but those food items remained unreachable to the people as the trucks carrying those items were not allowed to enter Darjeeling by Gurung’s supporters.

“The vehicles with food items like rice, wheat are kept stranded on the road. The shop owners are being threatened for dire consequences if they dare to open their shops. Only a handful of people have made life miserable for about 8-lakh people living in the hill”, the minister alleged.