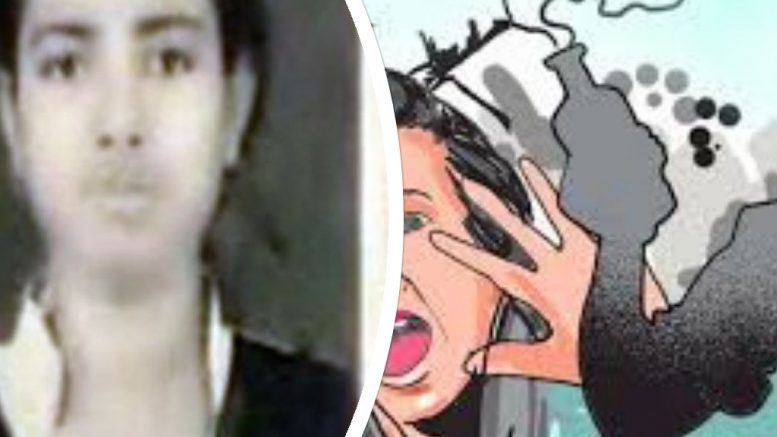 Krishnanagar, May 11: An additional district and sessions court in Krishnanagar today awarded life imprisonment till death to one Iman Ali Sheikh (35), a mason, for killing a 17 year old girl by throwing acid while she was sleeping in her home in Nadia’s Hanshkhali last year.

Additional district and sessions judge (2nd court) of Krishnanagar, Jimut Bahan Biswas has also slapped a fine of Rupees fifty thousand on him.

Earlier on May 8, the court found Iman guilty of the charges of acid attack (326a of IPC) and murder (302 of IPC)of Mou Rajak, a class 11 student of Gajna high school in Hanshkhali.

Police said, on the night of October 10 last year Iman Ali Sheikh, father of two children and a resident of Baro-Churpria village in Hashkhali, took a forced entry inside the girl’s house in neighboring Gajna village and thrown a mug full of acid on her out of vengeance as the girl refused to make an affair with him.

The victim girl was sleeping inside the room with her mother Tulu Rajak (45) when the attack was carried on by Iman.

Both daughter and mother were admitted to NRS hospital in Calcutta, where Mou died after eight days. Girl’s mother recuperated and released later from the hospital.

Hanshkhali police started a case on the basis of a complaint lodged by Mou’s mother and arrested Iman Sheikh after examining the call records of the girl’s mobile phone.

Public Prosecutor Nasiruddin Mondal said: “Initiating the investigation the police came to know that it was Iman tried to befriend Mou over mobile phone. Mou used to ignore Iman’s calls, but often teased her on her way to school insisting to develop an affair with him. Lately Iman became desperate and one day he came to the girl’s home and made a marriage proposal. Mou rejected the proposal instantly and had also insulted Iman . This rejection and insult angered Iman who in vengeance thrown acid on her”.

During the interrogation Iman confessed the crime.

“A case was started against Iman and Police charged him under section 326a (acid throwing) and 302 (murder) which proved to be true”, the Public Prosecutor said.