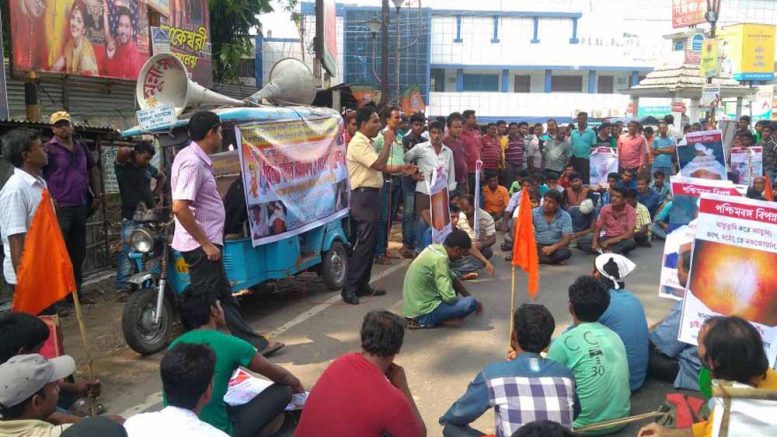 Krishnanagar, July 31: Members of Nadia Jilla Manabadhikar Raksha Manch today submitted a deputation to the district magistrate of Nadia condemning the recent alleged barbaric attack on innocent members of Hindu community during the Gurupujan festival by a group of miscreants in Pathankhali-Battoli village in Gosaba of South 24pargana district. The members of the Manch today walked in a rally that started from Krishnanagar public library ground and gathered at the district collectorate compound. The deputation was received by the additional district magistrate on behalf of the district administration. Parthib Mukherjee, Jagannath Senapati and others addressed the gathering on behalf of the Nadia Jilla Manabadhikar Raksha Manch