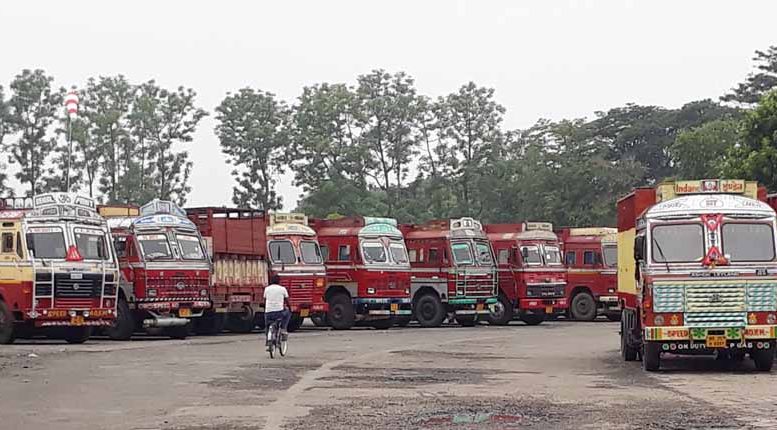 Kalyani, July 10: Stalemate over the supply of Indane cooking gas ended as the truck drivers attached to the Indian Oil’s Kalyani plant called off the two days strike on Wednesday night following a meeting between drivers and carriage agents under the supervision of the sub divisional officer of Kalyani.

In a marathon meeting that was convened by the Unice Rishin Ismail, SDO of Kalyani the carriage agents have agreed upon to pay Rupees 637 to the drivers of 6 wheel trucks and Rupees 956 for the drivers of the ten wheel trucks. The drivers suspended service alleging that despite separate rates for two types of vehicles, the carriage agencies were paying them Rupees 587 as a common rate for both types of vehicles.

After the meeting, the Ajit Kirtania, secretary of the Indian Oil Paribahan Shramik Union said, “Many of our demands are yet to be fulfilled. Nevertheless, we have called off the strike and agreed to resume normal service from Thursday morning in public interest since the agencies have agreed to pay the different rates as per the old agreement. We are hopeful that the administration would take up the rest of our demands with the carriage agencies otherwise we would launch bigger agitation”.

The carriage agents have also agreed to pay the dues for the safety gear package for the drivers very soon.

Balaram Majhi, a carriage agent said, “Some of the demands have been accepted to ensure normal service. However, the decision of this meeting is not final. All the issues are actually pending for final settlement under the supervision of the Labour Commissioner”

Around 254 drivers of about 30 agencies which operate 286 trucks suspended service and staged demonstration accusing the agencies of nonpayment of their dues.

The Indian Oil Corporation brings LPG from Haldia in tankers and bottles cooking gas in its Kalyani plant to cater to the requirement of North Calcutta, South Calcutta, North 24Parganas, Hooghly, Nadia, and Murshidabad district.

The drivers deliver these cylinders to the stockyards of the retail agents in the districts from where domestic supply is made.