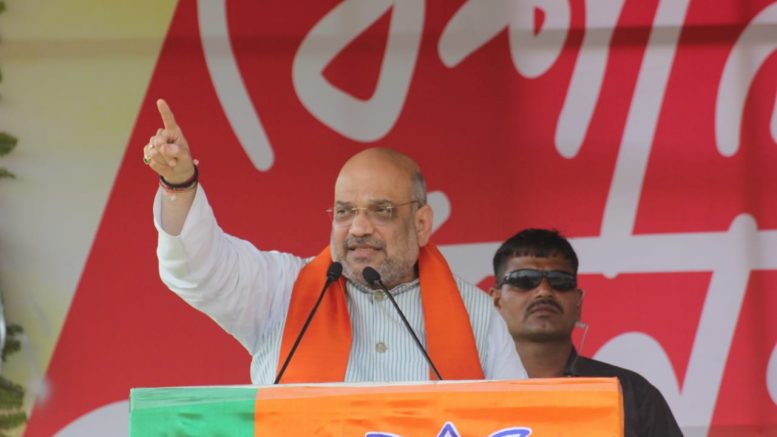 Tehatta, April 16: Union Home Minister Amit Shah said that the infiltrators from Bangladesh not only sneaking to the country illegally, rather they are robbing the employment opportunity of the people in the country and their food grains also being supported by Trinamul Congress.

Speaking at a public rally in Nadia’s Tehatta Shah said that the BJP can only prevent such infiltration while accusing Trinamul Congress to use the infiltrators as their vote bank.

Speaking at a public meeting in Tehatta in support of party candidate Ashutosh Pal, the home minister said, “Shouldn’t we stop infiltration in Bengal? Infiltrators take away jobs of our youth, snatch away foodgrain of the poor. If the situation of infiltration continues in Bengal, then believe me, it’ll pose a threat to not only Bengal but the entire country”.

“Trinamul Congress will never try to stop the infiltration because they are vote bank of the party. Only BJP can put an end to the infiltration”, Shah said amid a huge applause.