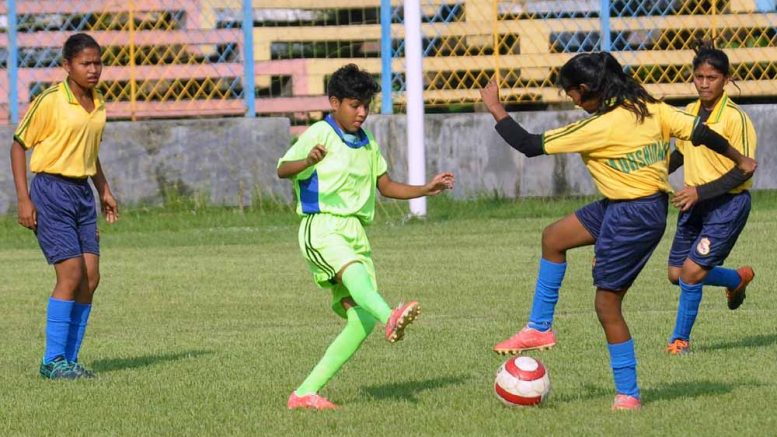 Krishnanagar, Oct. 10: The inter district under-17 women’s football championship organized by Indian Football Federation begins today in Krishnanagar. In the first match Nadia played against Murshidabad district that was held at the Dwijendralal Roy stadium in Krishnanagar. This is the first time such under-17 football tournament for girls introduced by the IFA, which will be held simultaneously at three other venues – Hooghly, Howrah and Bankura. An IFA official said, “Total 12 team will participate in this tournament and three teams will take part in each of the venues”. The final match will be played in Navember. The date, however, is yet to be finalized. Picture by Pranab Debnath