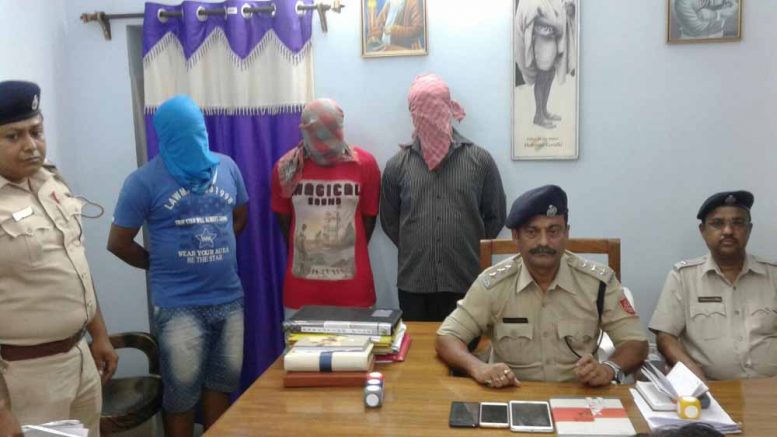 The arrested trio at Kalyani police station on Sunday.

Kalyani, April 15: The Kalyani Police arrested three bookies from on Saturday night for accepting bets for the ongoing IPL matches.

The suspects, were arrested on the basis of a tip of from Gayeshpur and Dumdum Cantonment while they were accepting bets during the match between Mumbai Indians  and Delhi Daredevils.

Police have recovered a laptop, some tabs, mobile phones and an amount of about Rupees two thousand during the raid conducted at two different premises in Bedi Bhawan area of Gayeshpur of Nadia and in Dumdum cantonment of North 24 Parganas.

Police said as most of the transactions were made online; the amount of money recovered was quite paltry.

The arrested persons were identified as, Jayanta and Debabrata Biswas, from Gayeshpur, both in their late twenties, who are son of a retired school teacher. Police arrested Pappu Das (alias Heera) from Dumdum cantonment later on the basis of information provided by the duo during the interrogation.

The three youth were produced before additional chief judicial magistrate’s court in Kalyani, who ordered three days police custody for them.

Preliminary investigations revealed that the trio is part of a state wide racket that was involved in betting since the IPL matches began. Police said, Pappu is one of the kingpins of the racket.