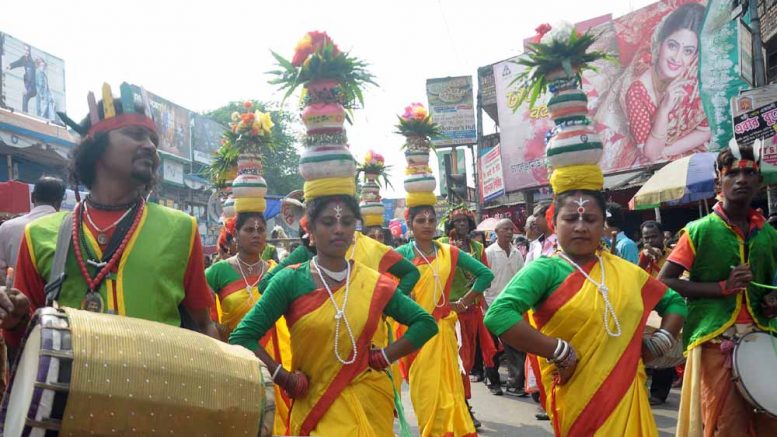 Women in colorful attire walking in procession with the Mangal Ghat in Krishnanagar on Monday morning. Picture by Pranab Debnath

Krishnanagar, Oct. 30: The immersion of holy ‘Mangal Ghat’ of Goddess Jagadhatri begins today in Krishnanagar on Monday morning with pomp and color. As per the tradition followed by people in the town, the ‘Mangal Ghat’ is immersed in the river Jalangi prior to the immersion of the Devi’s image later in the evening. The immersion of the image will be done in two phases which also begun late on Monday evening. The second phase will be done on Tuesday. Pictures by Pranab Debnath