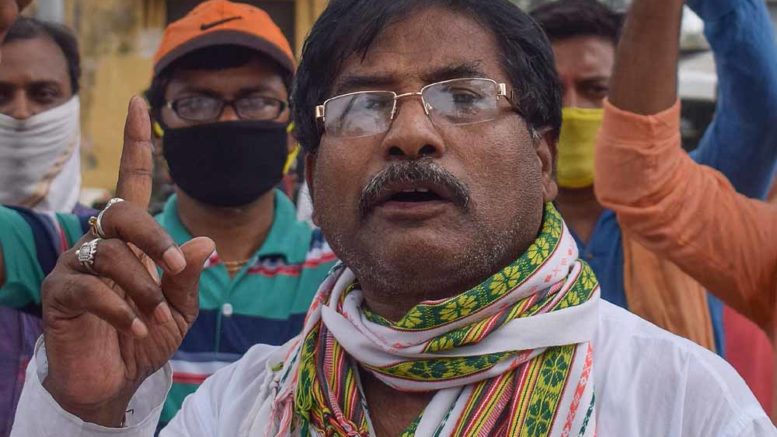 Kolkata, May 11: The BJP leadership has decided that the party MP Jagannath Sarkar and Nisith Pramanik, who won the assembly poll, would quit their hard-earned membership of the legislative assembly and continue as MP for the remaining period of their terms.

Even though the decision is yet to be officially announced, the state BJP has been appraised by the top leadership’s which advised it to prepare for by-elections so that the two seats – Santipur and Dinhata won by the two MPs, could be retained by the party.

While Sarkar claimed not to have received any instruction from the party to resign, on the other hand, Pramanik confirmed that he has been asked to quit as MLA.

However, Sarkar said, “We fought the election as per the direction of the party. We will resign too if the party asked so. There is no question of personal choice”.

Insiders at the state BJP unit in Calcutta acknowledged that the top leadership discussed the issue about the two MPs at a meeting in Delhi on Saturday. “The issue came up during the meeting when it was unanimously decided that the two MPs who won the assembly polls in Bengal will be asked to continue with their assignment as MP. We were told about the decision informally. There is no official announcement so far. But, there is little possibility of any change in the decision”, a senior BJP leader said in Calcutta.

Speculation was strong when both the MPs abstained the oath-taking programme of the new MLA at the assembly last week.

“Actually the purpose to get the MPs elected is no longer remained useful. So it is quite natural decision to ask the MPs to resign”, the BJP leader added further.

The date of submission of their resignation will, however, be finalized in consultation with the top leadership, party sources said.

BJP had nominated four MPs and some heavyweight leaders, as party candidates for the assembly poll apparently to induct them as ministers in case they won and the party got a majority.  But the landslide victory of Trinamul retaining power unsettled the plan.

Among the four MPs, who fought the assembly polls, Babul Supriyo and Locket Chatterjee lost, whereas Jagannath Sarkar and Nisith Pramanik won from their home turf.

Party sources said that now both Sarkar and Pramanik have to chalk out the strategy for an all-out attempt to retain the seat once the by-election would be announced after submission of their resignation.

Sarkar said, “We are prepared for the fight again…”.

When asked if BJP would be able to maintain the lead margin in the wake of Trinamul’s retain power in the state, a confident Sarkar said, “This time the margin will bigger…even if Mamata Banerjee fights the poll from Santipur”.