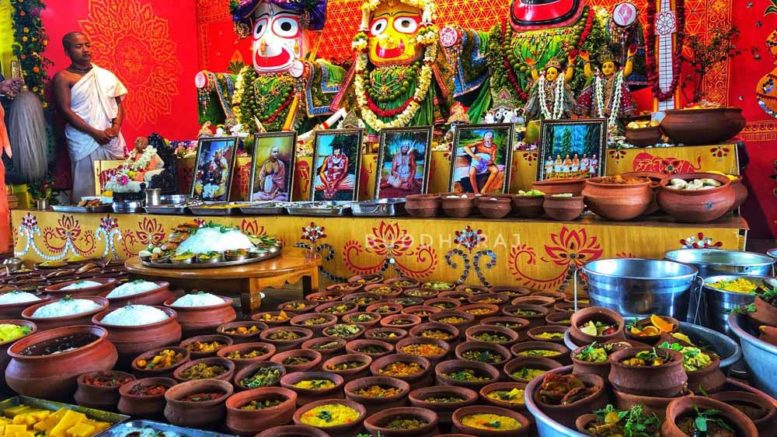 As per the legend, after his arrival his chariot (Rath) at Sundarachal, Lord Jagannath stays there for seven days before the return journey (Ulta rath) to Neelachal on the eighth day. During his stay at the holy Sundarachal where he remains in seclusion and enjoys pastimes, he is offered special ‘bhog’ with 56 delicacies – called ‘Chappan Bhog’. The 56 items of difference delicacies are daily cooked and offered to the Lord until the day he returns. At ISKCON in Mayapur, the deity is kept for seven days at the Chandrodaya temple. “Lord was satisfied with 56 items, but at ISKCON we daily cook about 200 different delicacies for his lunch. These items are later distributed as Prasadam among the devotees”, said a ISKCON spokesperson. Picture courtesy Iskcon