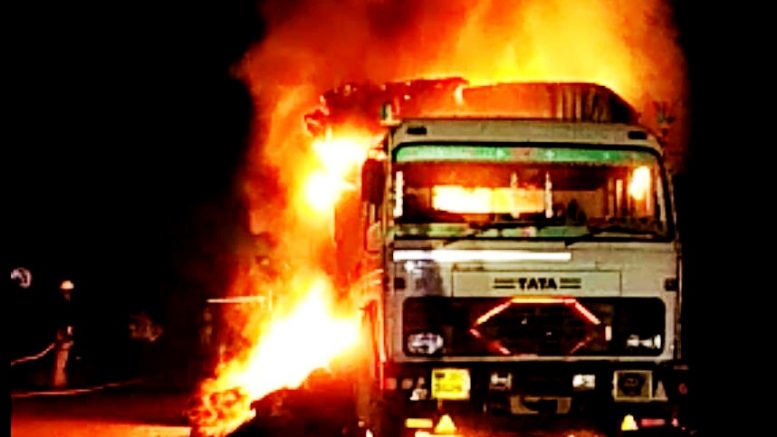 The lorry in flames

Ranaghat, Nov. 23: A lorry laden with cotton bales was gutted on NH34 in Ranaghat during the early hours of Thursday morning. It took three hours by two fire tenders to douse the fire. The sudden inferno suspended traffic movement on the NH34 for about three hours. Normal traffic movement could resume only after 8am. The loss was put at around Rupees 30lakhs. A patrolling vehicle of Ranaghat police first noticed the fire on the rear end of the vehicle. It stopped the vehicle and informed the fire brigade. Fire service officials suspect that the cotton bales caught fire due to a short circuit at the brake indicators of the vehicle According to police, the lorry was carrying over 70bales of cotton from Hariyana to Bangaon in North 24parganas.