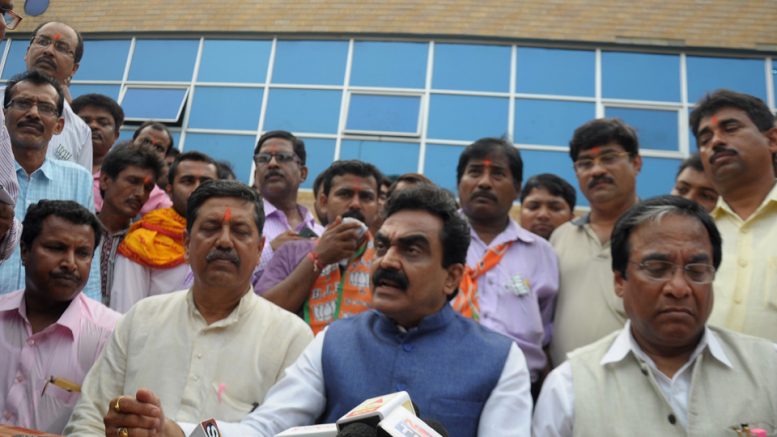 Krishnanagar, April 19: Prominent BJP leader and party’s chief whip in Lok sabha Rakesh Singh today raised question of ethics of chief minister Mamata Banerjee for accommodating tainted leaders in the party and in her government. Flaying her role in post Narada sting disclosure in which six party MPs were seen taking money, the Jabalpur MP said: “Mamata Banerjee as a symbol of honesty should have ideally ask these MPs to resign. Why is she still waiting for the ethic committee to act? She should have act much earlier since the Narada sting case was referred to the Parliamentary ethics committee”.

Rakesh Sing was speaking at a media briefing in Krishnanagar following a party workshop this afternoon.

Speaking at the party workshop, he said: “The government in Bengal is accused of random corruption. There is no rule of law in Bengal. A number of complaints have been lodged against senior party leaders who are allegedly involved into in corruption cases like Saradha, Rosé valley. Narada and others. As a result, people are gradually losing faith on Mamata. At the same time people from across the state have been demanding to see a government at the centre headed by Narendra Modi”