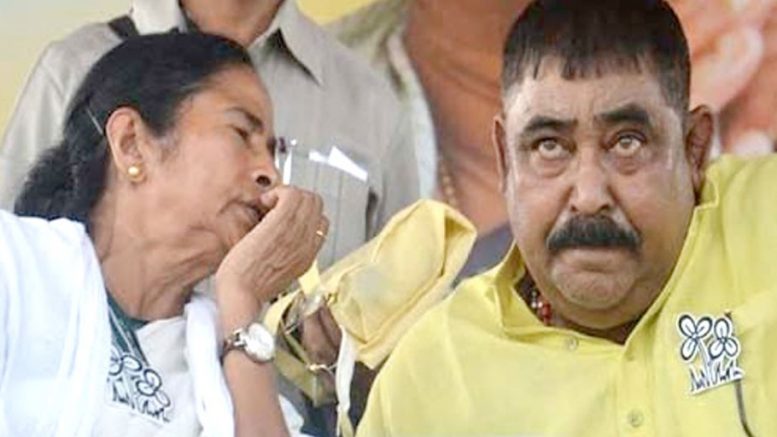 In a special meeting with the elected representatives at the different levels that was held at the district circuit house, Mamata Banerjee assigned Anubrata Mandal aka Keshto to look after the party organization at two Lok sabha constituencies along with Abhishek Banerjee so that the party could retain the two seats in the district in the Lok Sabha elections.

Trinamul has already two minders for Nadia district – Partha Chatterjee and Subhendu Adhikary. Nevertheless, the poor show of the party in the panchayat elections prompted the Trinamul supremo to reinforce the party organization. At the same time, the inclusion of Anubrata clearly indicates that she has little faith on the existing leadership of the party in the district.

While giving a complete free hand to Keshto, reposing faith on his organization acumen, the Bengal chief minister has cautioned a number of leaders for their poor functioning, life style and bickering that has weakened the organization.

A senior Trinamul leader in Nadia said, “Inviting Anubrata in Nadia affairs proved that Didi has no faith on Gouri and Ujjwal in particular who used to spend lot of time to maintain their personal rivalry and encourage the bickering. The duo is largely responsible for the party’s poor show in the last panchayat election. Gouri has encouraged dissidence inside party through his whims and contributed to party’s poor result largely”.

Party insiders claimed that growing support base of BJP coupled and the bitter personal rivalry of some leaders which leaders like Partha Chatterjee and Subhendu Adhikary failed to control, the chief minister has most probably called Mandal for a way out.

Mandal meanwhile as his inaugural initiative in Nadia, has called a special meeting of party workers in Tehatta block on January 14.

“I have asked all the leaders in Tehatta block to attend the meeting as a new beginning. I will talk to them and gradually meet party activists in other areas too. The district has a strong prospect which I would try to ensure. This is a challenging job to me and I have accepted it only because my Didi has assigned it to me”, said Anubrata Mandal.

“I will party workers in Tehatta on January 14. After meeting the party leaders and activists at the panchayat and block levels, I will begin interaction with those ones who live and work in town and Municipality areas”, added Mandal before leaving for Bolpur.

Earlier the chief minister directed her senior party colleagues to leave their personal prejudices and to work together.