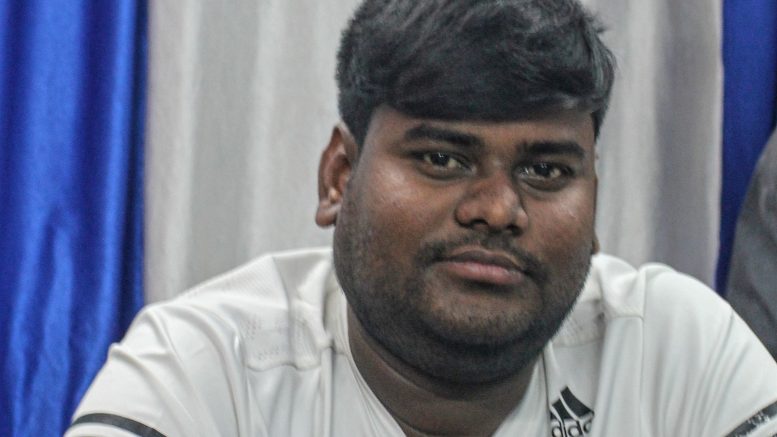 Santipur, July 19: Mani Sarkar, a prominent Trinamul Congress Chatra Parishad (TMCP) and former general secretary of Santipur College students’ union was arrested on Thursday for his alleged involvement into murder of a BJP leader in Santipur after panchayat poll.

The accused a BA final year student of Santipur College was arrested from a hideout in Dhantala on Thursday afternoon. He was absconding since his name figured in the FIR lodged by the victim leader’s son at the Santipur police station.

Mani was also accused of raping a relative of a lady candidate of BJP in the panchayat poll. He was produced before the additional chief judicial magistrate’s court in Ranaghat which ordered four days police custody for him.

ON May 23 night, BJP’s booth committee president Biplab Sikdar (48) was shot dead at his home in Haripur-Methirdangar village in Santipur allegedly by a gang of miscreants having allegiance with Trinamul Congress which included Mani and his brother Manoj apart from others. Manoj was arrested in last month from Dumdum while he was trying to flee.

Sikdar’s son Sufal, a BA second year student, said, that his father was killed because he refused to join Trinamul as asked by some local Trinamul leaders and played an instrumental role that eventually made the ruling party to lose control of Haripur panchayat.

“They killed my father after Trinamul had to be contended only with 10 seats out 26 in the panchayat poll. BJP bagged 6, Independent won 8 and Congress 2 seats”, Sufal alleged.

Nadia Trinamul president Gourisankar Dutta said, “Nobody is beyond law. We will not interfere in police investigation”.