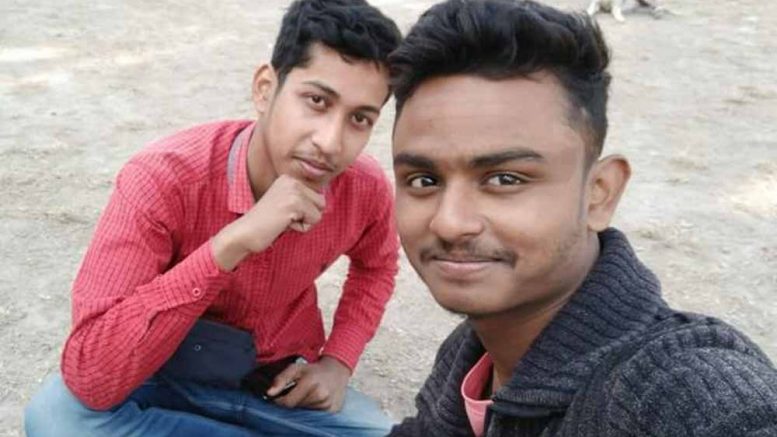 Chakdaha, July 17: Bodies of two class twelve students, who drowned in the Hooghly river on Monday afternoon, were recovered on Tuesday evening from two different locations near Sannyalchar area of Chakdaha. Jyotirmoy Ghosh and Utpalentdu Singha, both aged about 18, drowned in Hooghly when they were taking bath at the Gournagar ghat located at the outskirt of Chakdaha town. The two deceased teens were students of Chakdaha Purbachal Vidyapith, who were scheduled to appear in the higher secondary examination in the next year. School sources said, on Monday four students who escaped classes after the first period include Utpalendu and Jyotirmoy, who apparently went to Gournagar ghat, around 6km away from school, for fun without informing the teachers and their parents.

Both the students were residents of Chakdaha town. A senior teacher of the school said, “We came to know that the students scaled the boundary wall to escape classes. But, they could not escape the danger despite the villagers warned them in time”. A villager, who resides near the bathing ghat said, “The two students got into the river and started approaching ahead. We asked them not to venture ahead as the river is very deep even close to the bank. Moreover, there was heavy current in the river which could turn very dangerous. But, they started swimming and soon swept away. Two other friends who came with them called the villagers for help, but they could not find them anymore”. Later members of a Relief & Rescue Unit of India (RRUI), a voluntary organization and police officials rushed to the spot to begin rescue operation. Later in the evening a team of divers from National Disaster Response Force (NDRF) joined the rescue operation. However, bodies could only be recovered on Tuesday evening.

Police have started a case of unnatural death. An officer of Chakdaha police said, “It appeared that the two boys drowned into the river water. There were heavy current, nevertheless, we would examine if the boys were in inebriated state and lost control over themselves under influence of alcohol. We are waiting for the post mortem report to be ascertained about it”.

Apart from the the NDRF and state government’s civic defence team, a large number of Senior police officials, members of voluntary organisations and local MLA Ratna Ghosh monitored the search operation that continued for about 24 hours.

Police sources said the bodies will be kept at the Chakdah hospital morgue on Tuesday night and sent for autopsy to JNM Hospital in Kalyani. The final rites will be performed on Wednesday evening.