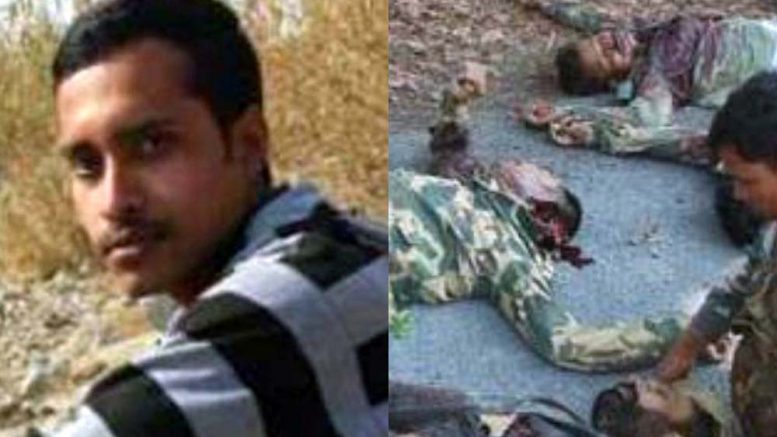 Karimpur, April 25: A Nadia youth was martyred along with 24 other Central Reserve Police Force (CRPF) jawans in Chattisgarh’s Sukma district on Monday afternoon.

Deceased jawan Arup Karmakar (25) of 74-battalion of CRPF, was a resident of Abhoypur-Purbapara village under Karimpur-I gram panchayat.

Sources in district administration said that body of the martyred jawan would arrive at Dumdum airport today afternoon.

The shocking news of demise came at about 11 in the night when a senior CRPF official called Arup’s mother Chandana.

A pall of gloom descended at the impoverished Purbapara village, around 12km away from Karimpur town.

Arup joined CRPF during 2014 while doing his graduation in Pannadevi College in Karimpur.

Son of an elderly blacksmith, he was the only earning member of the family. Arup’s elder brother Animesh, an unemployed youth, said: “My father is ill and stopped working last year on my brother’s request”.

Neighbours like Shyamal Karmakar said: “Arup was a very jovial and helpful youth with a big heart. His death is a great loss to us”.

Arup visited his home in February this year and assured his mother Chandana to come during Puja.

“It was beyond my imagination that he was leaving us forever”, said Chandana, who was crying inconsolably.

The Monday afternoon attack on the CRPF jawans in Sukma was possibly the deadliest attack so far.

Official sources said that the ultra Maoists launched the assault at around 12.25 in the afternoon in Kalapathar area of South Bastar region, which is a strong hold of left wing extremists.

The attack launched while the 99 CRPF jawans patrolling to provide security to the labourers engaged in construction of a road in the area. An injured jawans told media persons in Raipur that about 300 guerrillas had started firing cordoning off the patrolling team.

The ultras fired indiscriminately from sophisticated weapons cordoning the patrolling jawans killing 25 of them on the spot.