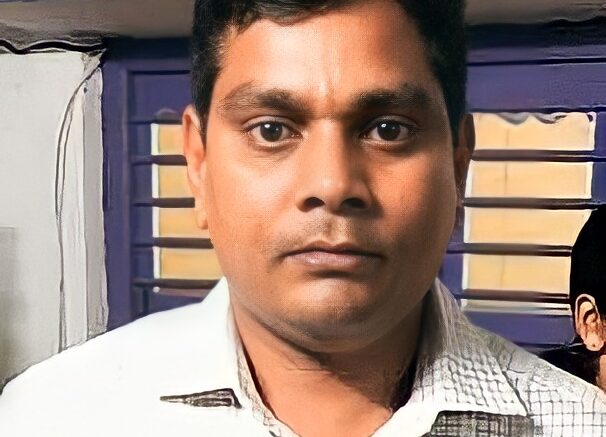 The instant police action comes only after Chief Minister Mamata Banerjee last week asked police to act against corruption, particularly collecting money with fake job promises personally took initiative by directing the CID to examine the veracity of complaints against her party MLA and his Secretary.

Two weeks ago over a dozens of persons from Nadia’s Tehatta, Palashipara, and Karimpur in three separate complaints to party general secretary Abhishek Banerjee accused the Tehatta MLA and his purported Private secretary of siphoning about Rupees 16 crores promising jobs, ration dealership and other benefits since 2016. The complainants include common people, party workers, relatives of Nadia Trinamul’s top leaders, and even the MLA’s close relatives like nephews.

While Saha’s role is under the scanner, the sleuths acting upon the complaints and based on the preliminary findings of CID, which was asked by an anguished Chief Minister Mamata Banerjee to examine the complaints, MLA’s ‘secretary’ Prabir Kayal was arrested from a hideout in Raidighi of South 24 Parganas district along with his close aides Shyamal Kayal and Sunil Mondal. MLA Tapas Saha, however, claimed that Prabir never worked as his ‘Private Secretary’, but acknowledged his proximity to him as a party worker. “He was like my brother, very close to me, but never worked as my assistant. I never had any such support staff”, Saha said while reiterating his ignorance on the matter. “I do not know about what Prabir has done. If anybody can prove that I took the money, I shall submit a resignation and quit the party”, MLA Saha said.

However, Subha Saha, a relative of the MLA, who sent his complaint to Abhishek Banerjee said, “Tapas Saha took Rupees 12 lakh from me. Seven years have expired meanwhile, but he has so far offered no job for me. Now I want my money back as my parents are very ill. But, unfortunately, he is not responding at all”.

Prabir went absconding after the CID team arrived at Tehatta on Wednesday and questioned some of the complainants about the veracity of the allegations.

“Once the allegations were primarily found to be true by the CID with several supporting evidence also go against the ‘Private Secretary’ and his aides, it became necessary for the investigation to arrest him”, a senior police officer of the Anti Corruption branch said in Kolkata.

On Friday night the Anti-corruption branch conducted raids in Kolkata, Howrah, and Raidighi in connection with the case and arrested Prabir, a resident of Khaspur-Boyarbada village of Tehatta.

Most of the complainants who wrote to Abhishek Banerjee, however, were not happy enough with the arrest. They alleged that the arrest of Prabir might be an attempt to save the MLA to avoid embarrassment for the party.

“Prabir Kayal is a little fish and he is the main contact person behind the MLA’s corruption. Prabir did nothing without the instructions of Tapas Saha, who literally looted us and now refused to return the money”, one of the complainants said. “We are doubtful if at all the real culprit will be caught…’, he added.

Nadia Trinamul’s leadership, however, was optimistic as the action taken by Mamata Banerjee would convey a strong message against corruption. “Investigation has begun and everything would become clear soon”, Krishangar organizing committee president Kallol Khan said.

A day after Mamata ordered a free hand to the police to deal with people involved with corruption, party MP Mahua Moitra in a Facebook post asked people to come up and lodge complaints with the police or to her directly against the concerned person even the accused is influential.

Party insiders claimed that Mahua’s post was aimed at MLA Tapas Saha as several complaints of siphoning money with fake job promises embarrassed her. Both the constituencies – Tehatta and Palashipara, which Saha represented since 2016 fall under her Loksabha constituency.

“Unfortunately in rural poor constituencies such as our unemployed youth are very susceptible to frauds who trap them on the pretext of jobs and make money. It becomes a vicious circle where the victim does not want to complain formally and we cannot take action”, she told The NfN