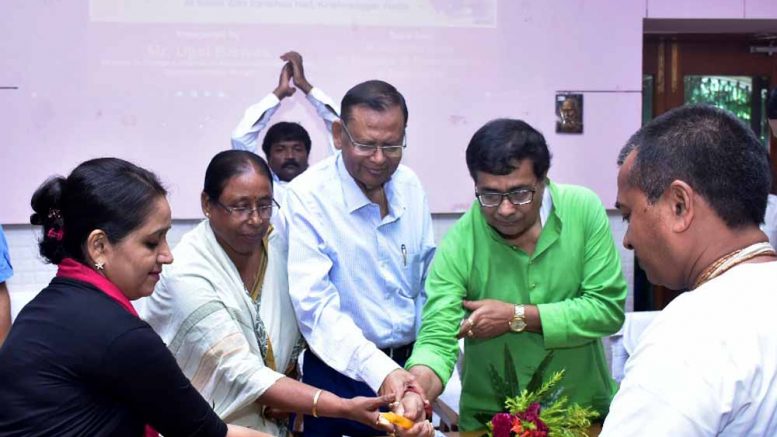 Krishnanagar, Aug. 20: A new portal on Nadia district based news was launched today in Krishnanagar. The portal titled ‘nadianews24.com’ was inaugurated by state correctional services minister Ujjwal Biswas at a programme held in the Zilla Parishad auditorium in the morning. Local MLA and minister Abani Mohan Joardar and senior officials from the district administration were also present on the occasion. Abhishek Paul, a spokesperson of the portal said: “Our objective is to provide real time coverage of news and events from across the Nadia district. The news contents will be written in Bengali which include still images and videos to quench the thirst of the smart phone savvy new generation readers”.  The ‘nadianews24.com’ is the second Nadia district based news portal launched from Nadia after NfN (www.newsfromnadia.in), which began its journey in 2009.