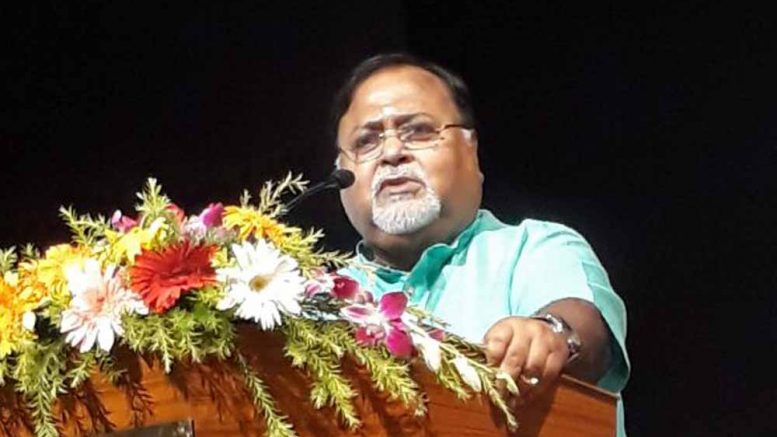 Kalyani, May 2: Trinamul’s rebel activists who are set to fight the panchayat poll as “Independent” candidates should circulate leaflet announcing unconditional support to party’s official nominee and refrain from personal campaigning if they want to stay in the party.

This has been made clear today by party’s general secretary Partha Chatterjee in Kalyani, while speaking to media persons.

In a categorical statement Partha Chatterjee said that the circulating the leaflet is must for the party rebels who are set to fight the poll to avoid imminent expulsion.

Advising the rebel candidates, Chatterjee said, “Make a clear statement in the leaflet that you are no longer in the poll battle and you support the official candidate in your area. Get a leaflet printed with such clear message and circulate it if you really love Trinamul and want to remain in the party”.

Embarrassed over a few thousand party activists set to fight panchayat polls at different levels as independent candidate, Chatterjee said, “There are many persons who love the party have submitted nomination. But I would suggest them to refrain from the fray if they really love the party and work to ensure victory of the candidates who are officially nominated in their areas. If flouted, they should be prepared for a lifetime expulsion”.

In Nadia 322 rebels refused to withdraw nomination prompting the district leadership to recommend for their expulsion.