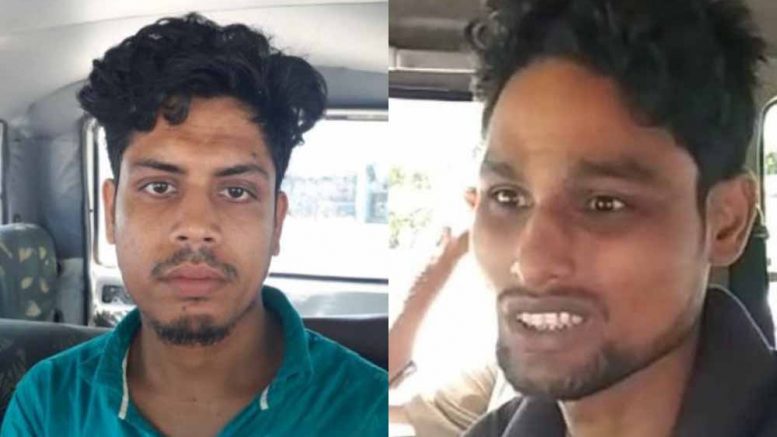 Chakdah, May 28: BJP’s youth wing activist Santu Ghosh was not killed due to any political reason, rather in an accidental firing, apparently while learning to operate an improvised firearm with the two accused, which was given to them allegedly by a local BJP activist.

Police claimed that the fact has came to light on Tuesday after arrest of prime accused Laltu Das, who allegedly shot dead Santu at a ground near his home in Gorpara-Radhakrishna colony of Chakdah on Friday night.

Investigating officials claimed that there was no specific motive behind the ‘murder’, as prime accused Laltu revealed during preliminary investigation. It was rather an ‘accidental firing’ that unfortunately claimed Santu’s life, police officials claimed.

Police earlier arrested Bharat Biswas on Sunday when they came to know about Laltu’s role. Laltu was produced before ACJM court in Kalyani which ordered police justify for five days.

The BJP alleged Trinamul’s role behind the murder since one of its leaders threatened to kill BJP supporters. They gheraoed local police station, put blockade on rail tracks and road demanding arrest of the culprit.

But, investigation officers said as per the statement of Laltu, he and other accused Bharat, who are always friends of Santu, were learning to ‘cock’ and ‘uncock’ an impoverished firearm which local BJP activist Ganesh De had given to them. But, it went off accidentally. Ganesh, who has criminal antecedents, went absconding. Police is yet to recover the arms used in the crime. Speaking about the murder, Nadia SP Rupesh Kumar said, “The real picture came to light real picture came to light after arrest of Laltu today. Three friends Laltu, Bharat and victim Santu and another person were fiddling with the arms and learning to cock and uncock it which led to an accidental firing. The bullet having hit his neck went out through a place below his forehead. This weapon was given to Bharat by one of his friends with a view of train him and his other two including Santu”. Santu was rushed to Chakdah state general hospital, but died on the way.

The investigation officers, however, not convinced of Laltu’s claim and examining its veracity. An officer of Chakdah police said, “The claim of Laltu can only be ascertained by Ganesh once he is attested”.

Meanwhile, both BJP leadership and Santu’s parents are appeared to unconvinced about the claim and alleged that police planting story to tarnish Santu and BJP image in public mind.

Slain Santu’s father Sadhu Ghosh, a sweet maker said, “I don’t believe what police have said. He was not a criminal and never got involved even in a brawl with anybody. This is absolutely rubbish and I doubt police trying to feed the story under pressure of the ruling party”.

BJP’s Yuva Morcha’s local secretary Kaushik Bhowmik said, “It appears that police deliberately trying to misled people to cover up a planned murder by planting a plot to tarnish Santu’s as well as our party’s image. We condemn such effort and reiterate that Santu was killed only to unleash panic among the youths who are eager to work with BJP”.