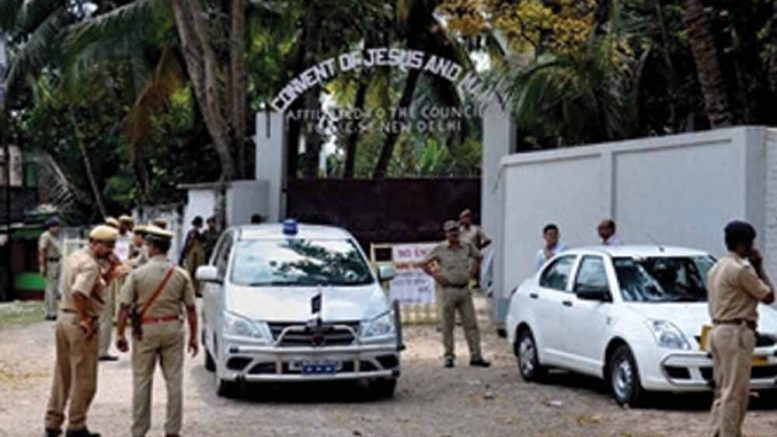 Kolkatga, Nov. 7: An additional district session judges court in Kolkata today pronounced one of the six Bangladeshi accused guilty of raping an elderly nun and five others for dacoity in Ranaghat convent rape and robbery case that occurred on the intervening night of March 13 and 14, 2015. The quantum of punishment will be announced by an additional district session judges tomorrow.

The trial for the six accused who today found guilty was concluded on October 30.

The accused have been charged with and tried for gangrape, dacoity, attempt to cause death or grievous hurt, voluntarily causing hurt by dangerous weapons or means and criminal conspiracy.

There are at least four others, all suspected Bangladeshi Nationals, who could not be arrested by the CID. Sources said that these four are from Jessore and never returned to India after crime.

Apart from Gopal Sarkar, the five others are Bangladeshis and cases against them under Foreigners’ Act are are also pending now.

The elderly nun aged 72, a former principal of the Convent of Jesus and Mary was raped during a robbery inside the residences of the nunafter a group broke into the campus, tortured the nuns, vandalized a small prayer hall and decamped with cash and valuables.

The CID was entrusted with the investigation and arrested six perons out of the ten accused. 4 miscreants still remained untraceable.