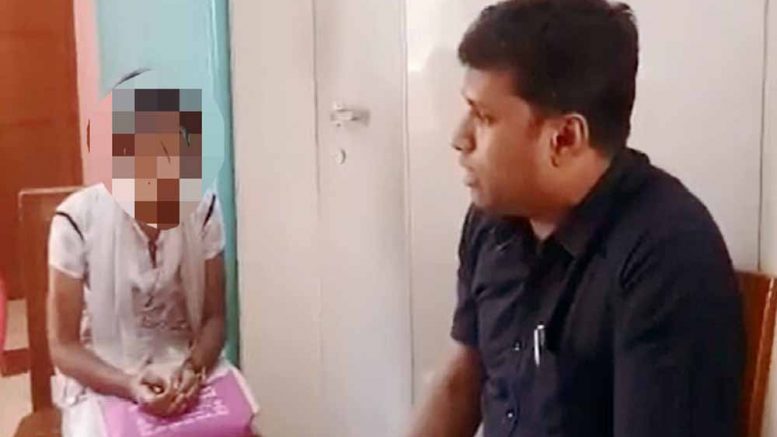 Kaliganj, April 18: Block Development Officer of Nadia’s Kaliganj Nazir Hossain today rescued a girl, after she rushed in to her school seeking shelter and refused to return home knowing that her father has fixed her marriage to a Doha based youth ignoring her desire wish to ready further. The girl appealed the teachers that she does not want to get married.

The 16 year old girl, who appeared in this year’s Madhyamik examination, refused to return home, despite her father, a tea stall owner, assured her to postpone the marriage. She urged the BDO not to be convinced with his assurance and rather to rescue her else she would either be killed or forcefully married off.

BDO Nazir Hossain talked to SDO Krishnanagar (Sadar) Amlan Talukdar who advised him to rescue the girl and sent her to a state run home in Krishnanagar under police protection.

“Early marriage of girl child is still a major problem in rural areas. We often intervene and stop marriage of minor girls. In many cases girls call us seeking help. But, this is quite unusual incident as the girl appeared to be very scared about her father and so she refused to return home”, BDO said.

Trouble started at about 3pm on Wednesday when the girl rushed to headmistress Pushpa Biswas’s chamber at Meera Balika Vidyalaya crying for help. Chasing her, the girl’s father also entered there and tried to drag her out forcefully, when the headmistress and other teachers intervened

HM Pushpa Biswas said: “I was shocked the way the girl’s father was behaving with her. The girl told us that her father planned her marriage, despite she wants to study. She also brought a written letter addressing me to stop her marriage. I tried to convince her father, but he was misbehaving with us and also threatening us with dire consequence. I then called BDO for help”.

“I am thankful to BDO Sir. He has saved my life today. I know my father very well. He was pretending to be convinced and making fake assurances after BDO Sir explained him legal prohibitions. But, I was sure that once take me back home, he would take real color and force me to get married else kill me” – The Girl

“The girl’s father was very adamant and even threatened me, when I warned him of legal action against him. I, however, tried to reason with him. He eventually agreed to postpone the marriage, but her daughter was not convinced”, BDO Nazir Hossain said.

The girl’s father claimed that he was not aware of legal prohibition about early marriage of girls. “I found a suitable match for her and so decided her marriage”, he said.

The daughter, who was found happy, said: “I am thankful to BDO Sir. He has saved my life today. I know my father well. He was pretending to be convinced and making fake assurance after the BDO Sir explained him legal prohibitions. But, I was sure that he would take me home to force me for the marriage or kill me”.