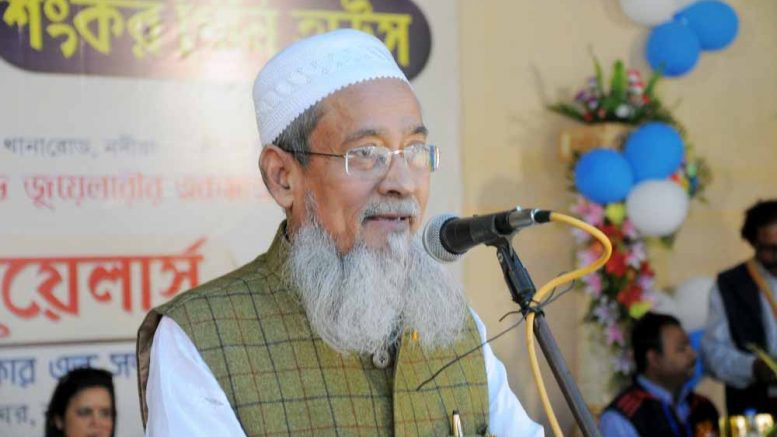 Karimpur, Dec. 16: State library services minister Siddiqullah Chowdhury today said that the state government has ordered an inquiry after it found that a huge amount of money it sanctioned for development of infrastructure of public libraries remained unutilized.

Speaking on the occasion of golden jubilee celebration of Karimpur Public Library on Saturday, the minister said: “A four member team has already been set up to probe the mystery that kept the fund unutilized and eventually returned”.

“It is really surprising that despite sincere endeavor on the part of the state government, the local administrations in different districts could not utilize the fund for development of the state aided libraries. This is quite unfortunate”, the minister added. Speaking at the programme, the elderly minister also expressed his annoyance over the performance of the 80 model libraries those were promoted by the state government as “Knowledge Centres”.

“The prime objective of these model libraries have lost as their services are not satisfactory”, Siddiqullah Chowdhury said.

The minister also in categorical term alleged that the libraries services across the state have been hampered as a large section of the existing staff are over-aged who are not technically capable enough to perform the duties which are now largely computer based.

“Many staff working now is aged over 50 years. They are not technically sound and now need to undergo fresh trainings. It has become difficult for them to suit the need of the time. Moreover, there are shortages of staff. There are at present about 2900 vacant posts of librarians across the the state. This is posing a great problem to ensure services by the libraries”, the minister said.

To overcome the problem, Chowdhury said that the state government would appoint 1000 educated librarians on contractual basis for a monthly honorarium between 8000 and 10000.

At present there are 2483 state aided public libraries in the state, but at least 300 libraries have been closed due to shortage of staff, the minister said.