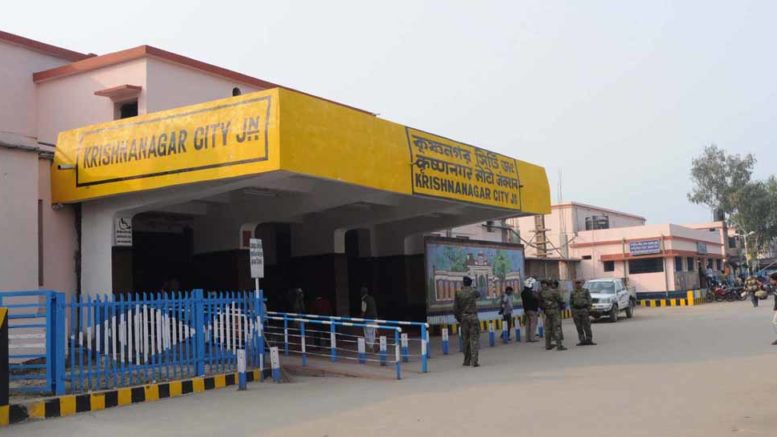 Krishnagar, May 16: At least four special trains carrying migrant laborers trapped in different places across the country due to lockdown are expected to arrive in Krishnagar in a phase-wise manner beginning from Monday next week. The Nadia administration has decided to offer them a grand reception to make the homecoming a memorable occasion.

The first such train carrying about eight hundred laborers from Kerala would arrive in Krishnagar via Dankuni-Dumdum. Three more trains will be arriving from other places in phase-wise during the next two weeks, sources in the district administration said.

The movement of people will be highly restricted in the areas adjacent to the Krishnanagar rail station on Monday and on the train arrival days. Necessary announcement to make people aware of the arrival of the trains has already begun.

As per an assessment Nadia has over twenty thousand migrant laborers, mostly construction workers, trapped in different parts of the country. A small section of this could manage to return arranging transportation, whereas major chunk remained trapped and now trying to return since the state government arranged their homecoming with the support of the centre. The Ministry of Home Affairs had allowed movement of the migrant workers, tourists, students, other persons trapped in different places by special trains. The first such train arrived Bengal from Ajmer on May 5.

To ensure smooth reception and their subsequent transportation towards home in different parts of the district after proper screening, a team of Nadia administration led by district magistrate Vibhu Goel visited the Krishnanagar railway station on Saturday afternoon along with senior police, health, and other administrative officials.

The team later held talks with the RPF and Eastern Railways officials in Krishnanagar railway station.

Speaking to the media persons Goel said, “A good number of migrant laborers are returning home in Nadia. There are at least four trains lined up to bring them back home. They are our people. So on behalf of the administration, we have decided to make their homecoming a memorable occasion by offering them a warm reception at the railway station”.

“They were striving for long to return home. But, the ongoing lockdown due to the Covid situation has unsettled their plan since all sorts of communication including train services were suspended. Now our responsibility is to make their homecoming a smooth one”, he added.

“To ensure it we have been planning seamless coordination among all officials involved in the job. Today we discussed our detailed preparations that include their cordoning off the rail station properly, reception of the labors, offering them refreshment packets, managing their medical screening, dispatching the laborers home finally through transports arranged by us, and all allied issues”, the District Magistrate added.

A senior officer of the state health system said that there would be a team of at least ten medical personnel who would examine the health condition of the laborers on arrival at the Krishnagar rail station.

“The laborers will be sent home where they will be advised to stay under home quarantine except those with strong suspected Covid symptoms. If any labor is found with such strong symptoms, he will be immediately sent to Glocal SARI hospital in Krishnanagar and his swab samples will be sent for Covid test”, the officer added.