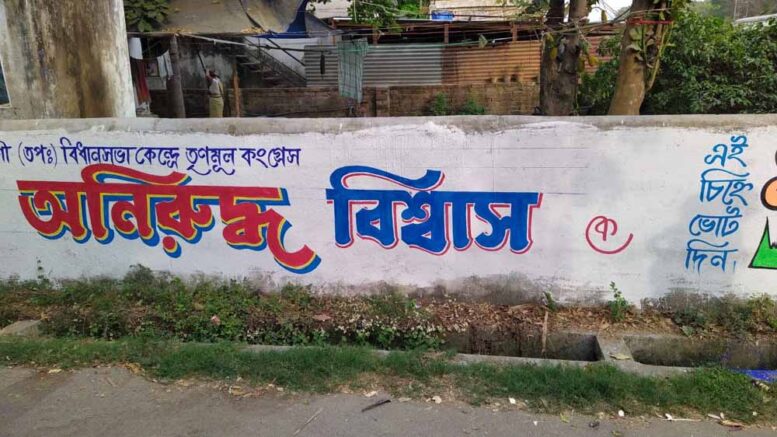 Kolkata/Kalyani, March 19: Trinamul Congress replaced party candidate for Kalyani assembly constituency on Friday along with three other segments in the state apparently to control the brewing dissidence over the nominations that apparently stalled campaigning.

For Kalyani (SC) two times MLA  Ramendranath Biswas has been replaced with his son Aniruddha Biswas, an assistant professor in Information Technology with JIS Engineering College to fight the poll.

Replacement Ramendranath Biswas became unavoidable as a large section of Trinamul leadership in the segment turned reluctant to undertake a campaigning progrmme for him. They skipped a number of meetings and appealed to the leadership to replace him terming him ‘not suitable’ to fight BJP in this crucial poll.

“We wanted a strong candidate since we were far behind the BJP in the segment in the 2019 Lok Sabha poll. We were concerned about the party’s prospect following Ramendranath Babu’s nomination since he has little links at the grass root level”, a Trinamul leader in Kalyani said.

“Nomination of his son would improve the prospect, but is not the best solution at all considering his background”, the leader added.

Apart from Kalyani, the other replacements include Amdanga and Ashokenagar in North 24 Parganas as well as Dubrajpur in Birbhum.