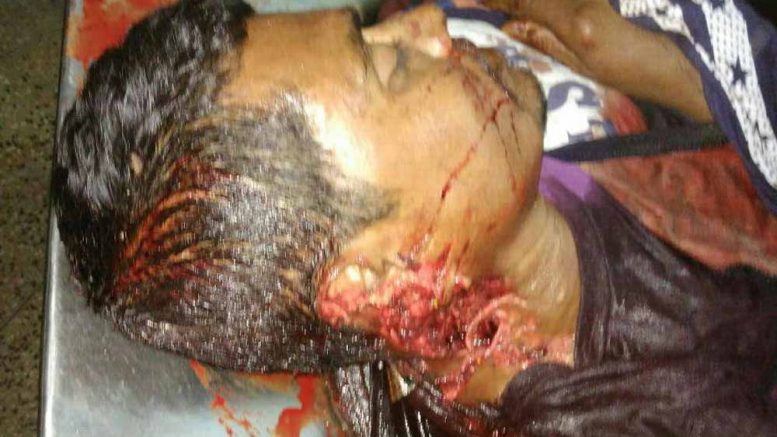 Hanshkhali, Dec. 23: A Trinamul Congress activist was killed by unidentified assailants in Nadia’s Hanshkhali on Friday night close to a rural market while he was returning home.  A group of four masked assassins hurled bombs and fired at Alibuddin Mandal (45) at Barachupria village from close range and also hacked him in open public view to ensure death before walking away.

The deceased activist, who joined Trinamul from CPM, six years ago, was very popular in the locality and instrumental in party’s growth in a CPM stronghold. However, party insiders said that he earned wrath of a section of party activists in the area involved with smuggling. A close loyalist of recently killed party leader Dulal Biswas, the deceased had earlier escaped at least three attempts on his life including the last on April this year.

The incident occurred at about 7.30pm, but police arrived at the spot after about two hours that angered the local party leadership prompting them to raise finger accusing them of having nexus with the assailants. Today Trinamul general secretary Partha Chatterjee went to Hanskhali to pay tribute to the departed leader and assured action against the culprits. “I have told police not to spare those involved behind the murder. Culprits should definitely be put behind the bar”, Chatterjee said.

He, however, at the same time blamed the opposition for the murder. “The local CPM and BJP have joined hands to unleash terror across the state. Their main aim is to weaken our party before the panchayat elections by eliminating our party leaders and activists. But, we will allow them to succeed with their dubious plan”.

Chatterjee, who is the in charge of party affairs in Nadia, later visited house of another deceased Trinamul leader Pramatha Sikdar, who was killed mysteriously two days ago in Nadia’s Gangnapur.

CPM Nadia district secretary Sumit De refuting the allegation said, “In Trinamul rules, the leaders of the ruling party are getting killed due to inner party conflict. The Trinamul leaders are trying fabricating truth to hide their embarrassment”.

Nadia police superintendent Sheesh Ram Jhajharia said: “The motive behind the murder is not clear. We have got some clues which are being explored. We are looking all the aspects behind the murder and the persons earlier involved behind the attacks on him”.