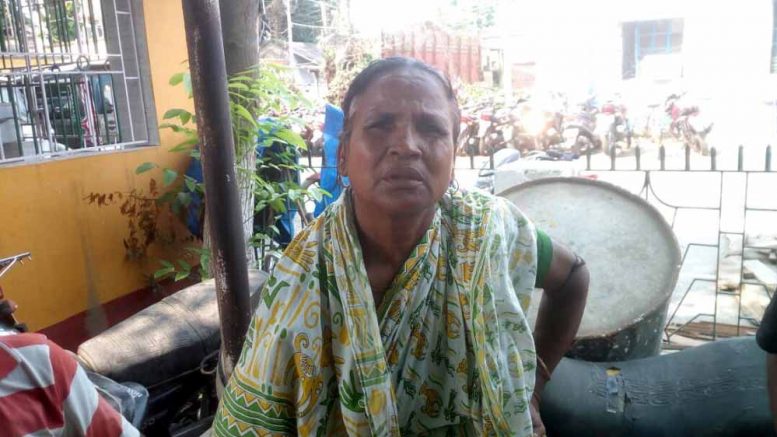 Krishnanagar, June 17: A toto operator in Krishnanagar today snatched a small bag of medicines from an elderly poor woman and flew away because she failed to pay him Rs.10 as fare.

The innocent ailing woman, Minati Mondal (55), a resident of Nabadweep Mathpara, who took the toto ride considering it as a benevolent gesture of the young operator was eventually learnt the bitter reality after she was abused and robbed off the medicine which she had collected from Saktinagar district hospital.

Some journalists watching the woman crying near Sadar bus stand, took her to Krishnanagar police station where she lodged a complaint against the unidentified toto operator. Police, however, yet to trace out the accused youth.

“We have received a complaint. We are trying to find out the Toto operator. We would also examine the CCTV footage to identify him. At the same time we have informed the toto operators union about the incident and sought their help to find out the youth”, an officer of Krishnanagar police station said.

The journalists provided the woman with financial help while police helped her to board a Nabadwip bound bus directing the driver to drop her at right destination.

Earlier in the morning the woman came to Saktinagar district hospital in Krishnanagar for dental treatment.

But, trouble cropped up when she was walking back towards Sadar more to catch a Nabadweep bound bus for home.

Near Beldanga a toto operator offered her a ride to Sadar. She reluctantly took the ride but failed to pay the fare. This made the toto operator angry. He then snatched her small bag of medicines and fled.

“I am poor woman. I have no financial capability to hire a toto. Nevertheless, I took the ride as it appeared that the operator offering it free as a good gesture considering my illness. But I realised my mistake when he asked me to pay Rs.10/- as fare. I tried to convince him about my penniless condition. I even told him about my plan to request the bus conductor to help me for a free ride as I had no money to pay the fare. But he remained unconvinced and abused me before snatching my medicines. I tried to alert the bystanders by none came to help me”.

Police said that the woman lost her husband five years ago and since then battling with poverty. Her two sons work in a handloom, which, however, was shut down recently.

Aparesh Mandal, member of Krishnanagar Toto operators’ union said: “I feel ashamed of the behavior of the this toto operator. It is quite unimaginable that a person could act so inhumanly just for Rs.10/-. I hope that police would act with alacrity to identify him and initiate legal action”.