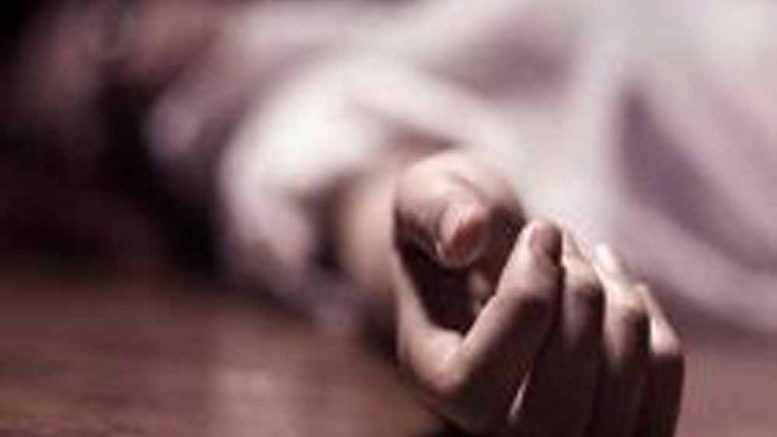 Krishnanagar, Oct. 8: A 28-year-old man was arrested today by Nadia police for allegedly beating his mother to death on Saturday night in Tehatta following an altercation with her.

Bijoy Roy, a resident of Jitpur who is a farm hand by profession, was arrested on the basis of a complaint lodged by his married sister Tapashi Hazra who accused him of killing her mother because she allowed to stay her at the paternal home with her mentally challenged husband who is not in a position to earn livelihood.

Police said, Bijoy Roy, a farm hand, had hit his 53-year-old mother Laxmi Roy with a bamboo stick on last night  which left her dead on the spot with a broken head and bruised face. The relatives and neighbours rushed the victim to the Tehatta sub divisional hospital where she was pronounced bright dead.

Police said that the Bijoy was drunk when he attacked his mother as she refused to oblige his demand to send back Tapasi to her in laws’ house.

Local source said,  Bijoy is an alcoholic and routinely beat his mother and sister Tapashi since the latter returned from her in laws’ house a few months ago to stay with her mother as her husband become incapacitated to earn a living due to illness.

A neighbor said: “The woman made biri to earn living. He also sometimes work as farm labor mainly to feed her daughter and son in law. But, Bijoy was against it. So he tortured Laxmi and Tapashi regularly”.

Tapashi said: “Bijoy and his wife never wanted me to stay at the paternal home. They were afraid being apprehensive that I could demand share of property in near future if live here for long time. I have no option due to illness of my husband. So I assured her of no such claim and pleaded for shelter. But he was never convinced and tortured my mother and me regularly. Nevertheless, I stayed there as I have no other option”.

On last night, a fresh trouble began when Bijoy asked Tapashi to leave home. Their mother Laxmi protested which led an altercation. “Soo Bijoy became furious and started  hitting my mother with a bamboo stick. Maa fell on ground being unconscious. Some neighbours took her to hospital where she declared brought dead”, Tapashi said.

An officer of Tehatta police said: “We have arrested Bijoy and started a murder case against him. He would be produced to ACJM court in Tehatta tomorrow”.

Accused Bijoy, however, refuted the allegations. “My mother fell on the ground accidentally and died due to injuries”., he said.