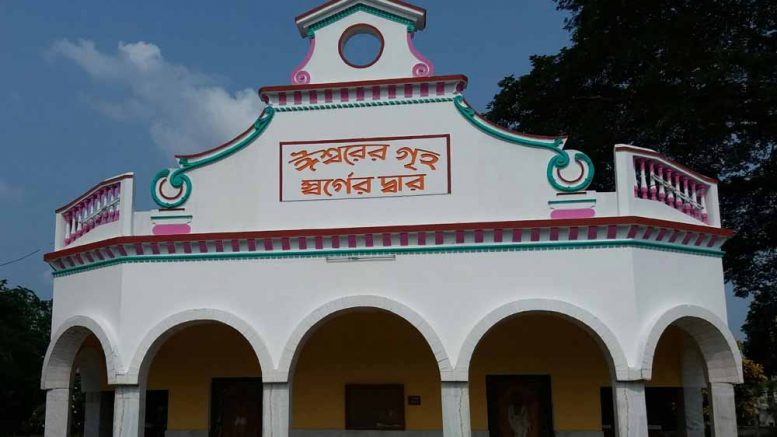 Ranaghat, June 6: Unidentified miscreants vandalized a 127 year old protestant church, desecrated the sacrament and removed the tabernacle before decamped with cash deposited in the offering box in Nadia’s Ranaghat last night causing outrage and anguish among the people of Christian community.

The incident was occurred St Luke’s Church in Dayabari area of Ranaghat, adjacent to NH34. The area is close to Christian dominated Begopara where another church is also located.

The church has no CCTV and official night guard as well, but local police regularly depute two civic volunteers to guard it during night, who were, however, absent on Monday night.

This protestant church under Barrackpur diocese is located barely 500-meter away from the Convent of Jesus and Merry in Ranaghat town where an elderly nun was brutalized on the night of March 13 2015.

Police have started investigation on the basis of a complaint lodged by secretary of the church Iti Mondal. However, the investigating officials are still in dark about the exact motive behind the theft and rampage.

“The way the church has been ransacked and the tabernacle was damaged, it has made the members of the Christian community to believe the incident was an attack on their religious faith” – Father Kishore

Nadia police superintendent Sheesh Ram Jhanjharia said: “It appears to be a case of theft. However, we are examining if there was any other reason behind the attack at the local level”.

The incident came to light on Tuesday morning when church employee Pranabesh Gonzalez went to open the door of the church at about 5.30am. He found the door lock broken and the inside ransacked. He immediately called Father Kishore, in charge priest of the church, who later called police.

Father Kishore said: “The miscreants forced open the door breaking the lock and then ransacked the church. They also had broken the stand before removing the tabernacle. They also desecrated the holy wafer tearing it into pieces and had thrown it all over the hall. The miscreants had also damaged an offering box and took away a cash amount of Rupees three thousand approximately”.

Father Kishore said: “The way the church has been ransacked and the tabernacle was damaged, it has made the members of the Christian community to believe the incident was an attack on their religious faith”.