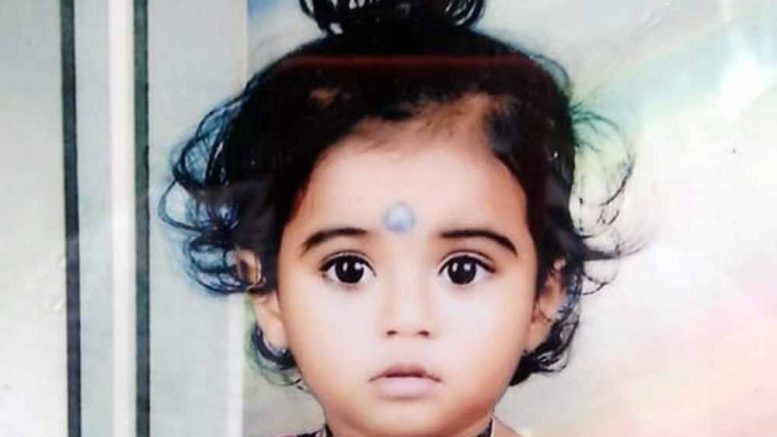 Hanshkhali, May 16: A four and half year old girl child died when a bullet accidentally hit her forehead after it was discharged from an improvised pistol illegally owned by man who happens to be a friend of her grandmother.

Police said, the incident occurred in Gyarapota village late on Tuesday night when owner of the firearm Jatin Roy, was playfully showing it to the girl.

A critically injured Ishita Poddar, daughter of a mason taken to Bagula rural hospital, where she was declared dead. Girl’s family has lodged a complaint at Hanskhali police station against Jatin accusing him of murdering the child. Police, however, yet to start a case.

A team of Hanskhali police early on Wednesday morning detained Jatin from a hideout. He would be produced before a court in Ranaghat on Thursday.

Family sources said, Jatin on Tuesday night came to talk to Charulata, girl’s grandmother and called the girl to give her a bottle of soft drink. Girl’s mother said, “It is not clear to us what exactly happened as my daughter was with him as she used to be whenever he visits our home. On last night he came in a drunken state and given my daughter a sweet drink taking her inside my mother in law’s room. A little later we heard a firing. I suspect that he killed my daughter and escaped”.

Sources said Jatin, a local trader used to visit the family as a long time friend of girl’s grandmother Charulata. An investigating officer of Hanskhali police station said, “We have interrogated Jatin who confessed of accidental firing while showing the firearm to the girl playfully. He also acknowledged that he was drunk and could not control himself as the bullet was discharged and pierced the girl’s forehead”