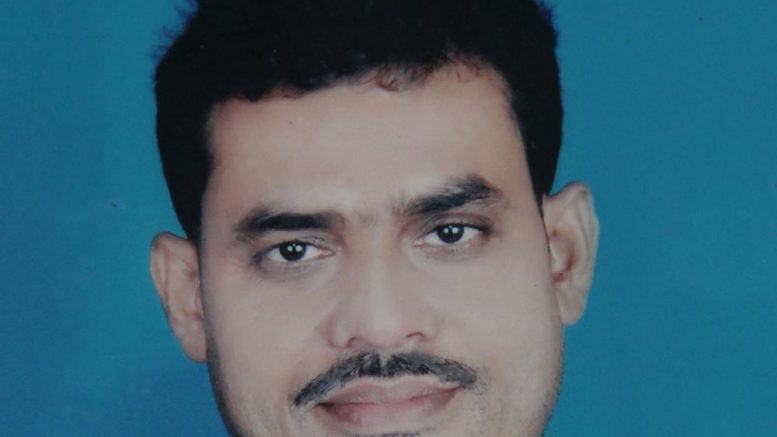 Duttapulia, May 15: A violent mob of about three hundred villagers enraged over looting of votes during the panchayat election on Monday have lynched a Trinamul leader in broad day light in Nadia’s Duttapulia near his home on Tuesday morning. The mob had beaten up Pranab Biswas first, who was a member of outgoing board of Duttapulia gram panchayat and then hacked his throat to ensure death apparently in retaliation of uncontrolled booth capturing in the area allegedly led by him.

Two other persons were injured in the attack. The trio was taken to Ranaghat sub divisional hospital where Pranab declared dead.

Apprehensive about today’s mob fury and the spate of incidents of violent mob attacking Trinamul activists since Monday, a large police team has been deployed at local  Trinamul MLA Samir Poddar’s house in Duttapulia market close to today as the local residents accused the MLA giving indulgence to Pranab for capturing booths on Monday.

Poddar has termed the incident as a planned murder by BJP. Refuting to term the attack pas mob outrage, Poddar said, “BJP garnered the criminals to kill Pranab and misleading people”. Police have meanwhile started a murder case against unidentified persons and detained a BJP activist for his alleged involvement into the murder.

Local sources said, at about 10 am local BJP leadership organized a rally protesting Monday’s booth capturing allegedly by Trinamul goons in the area.

A local BJP activist said, “On Monday Pranab and his gang looted votes at about 10 booths. But, he faced a tough resistance at Baranberia Junior Basic School where his wife Amari is the candidate at panchayat. The resistance put by villagers made Pranab anxious about her wife’s poll prospect. So at the end of the day, Trinamul supporters snatched the ballot box and damaged it by setting it on fire. We were expecting a re-poll here and a protest rally. But, miscreants hurled bombs when the rally was passing close to Pranab’s house. This angered the people who attacked Pranab and his men”.

Pranab’s maternal uncle Asit Biswas, however, rubbished this allegation. “Pranab was at home. He was angry because BJP since morning started propaganda accusing him of booth capturing. I earlier heard that BJP gathered criminals so I cautioned Pranab not to go outside. But, he could not control himself and to face the mob which lynched him within few minutes. I suffered head injury in a bid to save him”.

Pranab’s wife and Trinamul candidate Amari Biswas said, “The allegations of booth capturing are baseless. The BJP engaged criminals to kill my husband”.

Nadia district BJP leadership, refuted the allegations terming the incident as ‘natural outburst’ of common people who were deprived of their democratic rights.