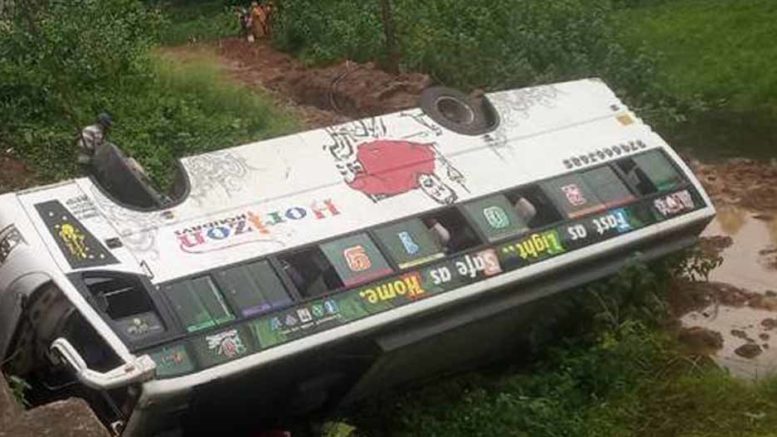 The ill fated bus in Balasore

Kolkata/Krishnanagar, May 30: 7 migrant workers from Nadia were injured when a bus carrying 28 of them had overturned and fallen into a ditch in Naugaon village of Balasore in Odisha while travelling on NH16 during the early hours of Saturday morning.

Early information received by the state administration claimed that the bus was on the way to Krishnanagar from Kerala when the driver apparently lost control and hit a guard wall before overturned at about 6 am. The exact reason behind the accident, however, could not be ascertained.

A police team from nearby Balasore Industrial Police station rushed to the spot and rescued the injured persons with the help of local people.

Odisha police informed the Bengal administration that the injured workers were taken to Balasore district hospital. “Seven persons suffered injuries and now out of danger”, an officer of Balasore police said.

Sources in the state administration claimed that the bus had 28 passengers and 2 drivers, who commenced the journey from Kerala on Thursday afternoon. (more awaited…)