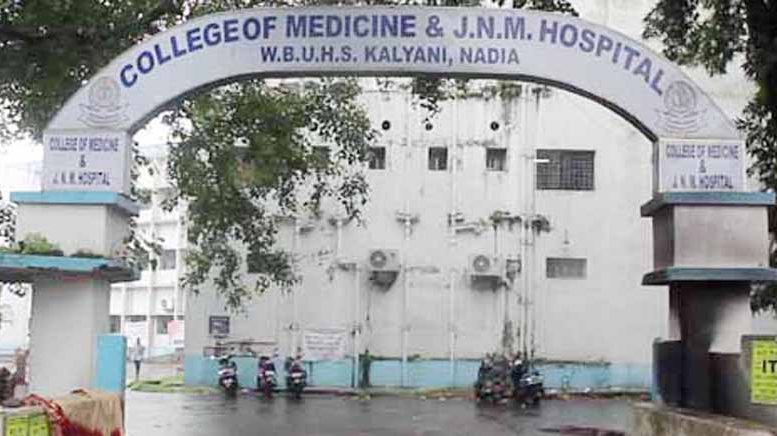 Kalyani, Oct. 26: Relatives of Situ Swarnakar, a youth from Nadia’s Chakdaha who died at JNM Hospital in Kalyani on Wednesday evening have alleged that the patient could not be administered any medicine by the doctor for about an hour when he was gasping because the attending nurse in the ward lost his bed head ticket.

Mithu Biswas, sister of the deceased has lodged a complaint with hospital superintendent accusing the attending nurse and doctors of negligence and misbehavior as they refused to attend the patient until the Bed head ticket is found. The patient eventually died and later the nurses prepared a new bead head ticket only to attach it to his bed.

Hospital authorities refuted the allegation claiming that the patient died of malaria and was in serious state.

Superintendent of JNM Hospital Subikash Biswas, however, refuted the allegations. “There was  no negligence in treatment of the patient. The bed ticket was not lost at all; it was actually misplaced and found within few minutes. The patient was administered injection while he was gasping. But, his condition was very critical as he was suffering from vivax malaria and died of the disease. Moreover, he was highly diabetic coupled with serious lever problems that made his condition very critical”