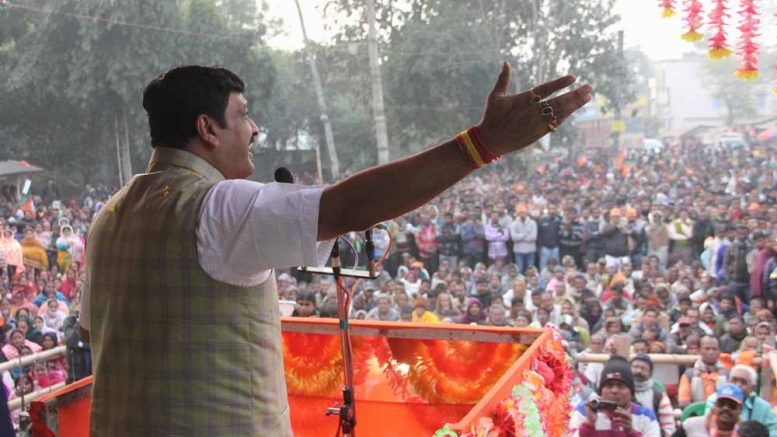 Chakdaha, Jan. 12:BJP National secretary Rahul Sinha today accused Bengal chief minister Mamata Banerjee helping the Bangladeshi terrorist outfit like Jamaat-ul-Mujahideen (JMB) spreading its base in the state. He accused the Trinamul supremo for being unconcerned with her Muslim appeasement policy while the ultras of these terrorists outfits have been spreading their bases silently across the state.

Speaking at a public meeting organized by the party’s Nadia south committee in Chakdaha Chuadanga, the former chief of party’s Bengal committee categorically alleged that the Trinamul led Bengal government is little worried despite a number of suspected JMB terrorists and ISI agents have been arrested from Bengal recently. He alleged that the state government has been apparently providing the shelter to the JMB ultra as it became clear from a recent report of the Bangladesh government which has alleged the muslim terrorist outfit is being funded from Bengal.

Sinha alleged that the Bengal chief minister has been doing politics of appeasement and going by the diktats of  Muslims organization like Jamaat-e-Islam, which is the only reason that made her vocal against the on-going updating of the National Register of Citizens (NRC) in Assam.

“The ongoing work of NRC has been taken up to identify the Bangladeshi infiltrators in Assam as per the directive of the Supreme Court. No other political party bothered to raise voice on this identification drive of infiltrators, except Mamata Banerjee. The Bangladeshi Muslim infiltrators would not only be pushed back from Assam, the similar drive would also be taken in Bengal”, Sinha said.